After a long and enjoyable Day Two, I was back again for the final time at PAX Australia 2016 and boy it started off quickly. While it was quiet I had a chance to access the Xbox booth and look at a handful of games in Dead Rising 4, Halo Wars 2 and Raiders of the Broken Planet. 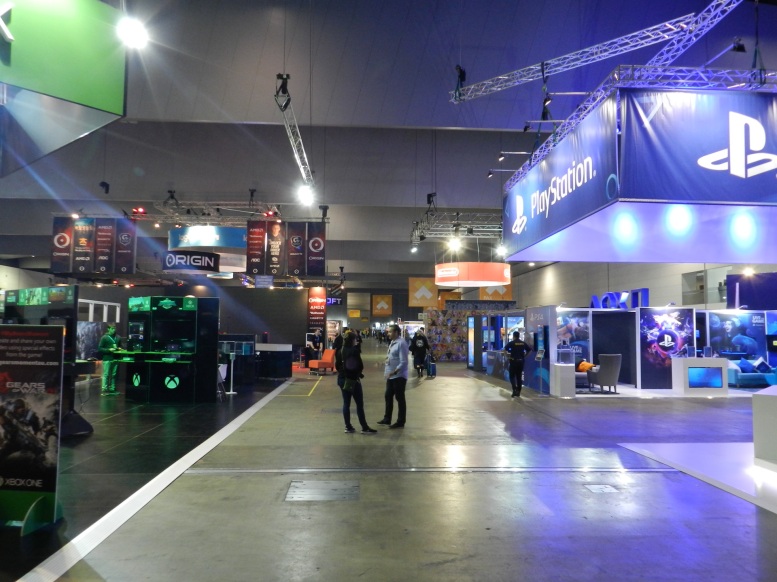 This is what the Expo Hall looks like before the crowds arrive. 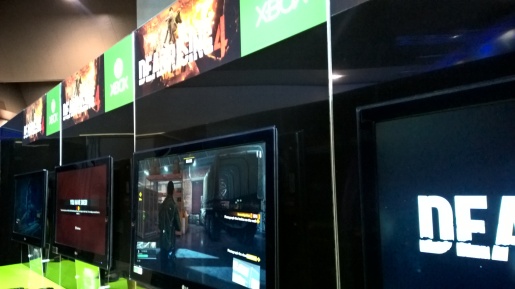 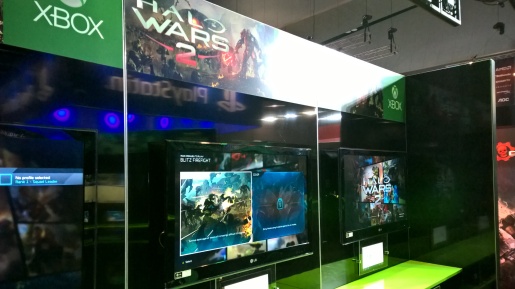 Dead Rising 4 was impressive to see in action and is visually a lot sharper looking than the last game. It might have been just the demo but it seems there are a lot of exotic weapons lying around for Frank West to pick up so I wonder if crafting has been cut back here.

The Halo Wars 2 kiosks allowed players to try out blitz mode. It’s been so long since I played the original game I think I was unfortunately one tutorial short of knowing what I was doing. The game does look pretty good though so I hope there might be a campaign demo before the game ships.

Finally I had a peek at Raiders of the Broken Planet which is a third person shooter with a visual style that reminds me of something I’ve seen before but honestly can’t put my finger on.

The controls could do with some tightening as the shooting and movement feel a little loose – it seems too easy to miss a jump or attack. But the game looks distinctive which creates a decent first impression.

With the weather being so nice today I got a chance to step outside and take a couple of snaps of the area. The Melbourne Convention and Exhibition Centre (home of PAX) is really close to the Melbourne CBD so there’s plenty to see within a short walking distance.

If you’re looking for entertainment, sports or just a really great coffee it’s a good place to be. If only the tourism board was sponsoring me… 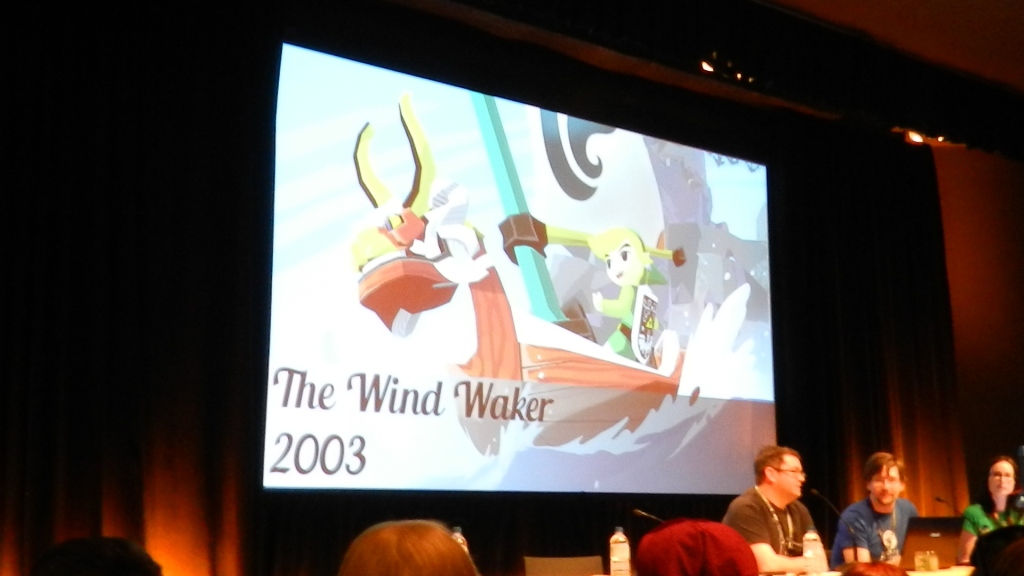 Some nice art in the Zelda retrospective.

The next session I went to was a Legend of Zelda retrospective from the team at Zelda Universe that covered many of the games in the franchise from the very first to the upcoming Breath of the Wild. With thirty years of history they had a lot of ground to cover in an hour and there was such a good buzz from the crowd that it was a shame it had to end so soon. Hopefully we see more from them next year when Zelda makes “the Switch”. Yep, bad pun intended! 😉

It might seem a strange choice of session for me to go to considering my background has a distinct lack of Nintendo in it (and an excessive amount of Atari and Microsoft) but I’m curious to learn more and this is literally gaming history we have here so you can never ignore it. And there’s a very good chance I will end up with another Nintendo console in the future… maybe even in the next few months…

After wandering the tabletop gaming area and running into a familiar group of dinosaurs, I picked up a new card Game in the form of Joking Hazard from the creators of Cyanide and Happiness. Take Cards Against Humanity and apply it to a cartoon strip and that’s what you have here.

Closing out PAX is the Omegathon Finals and in a first it was a VR game in the form of Cowbots and Aliens. Once the teething issues were resolved it turned into an epic match as each player worked their way around the Western style bar picking up guns and other objects in a bid to defeat other.

It was a pretty tense affair as each player came up with their own tactics on the fly. Seeing them duck behind virtual bars and barrels or use spitoons as shields was amazing. The winner was stunned to discover she was heading to the PAX of her choice next year but she deserved it after and epic battle. The runner was pretty happy knowing she’d have another shot at the title next year.

A great end to a fun event and I can’t wait to return again next year. 🙂 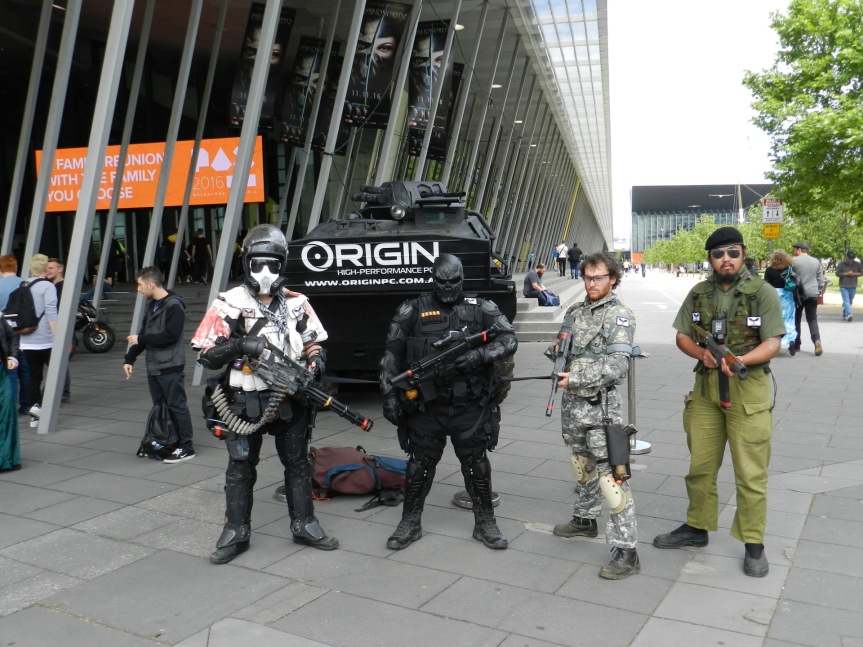 Backup for the PAX Enforcers. 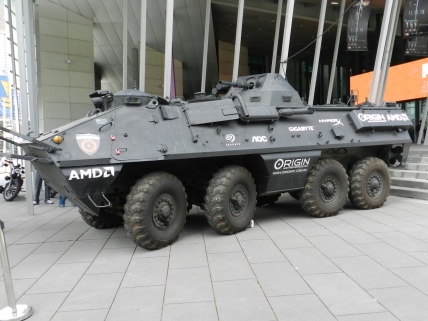 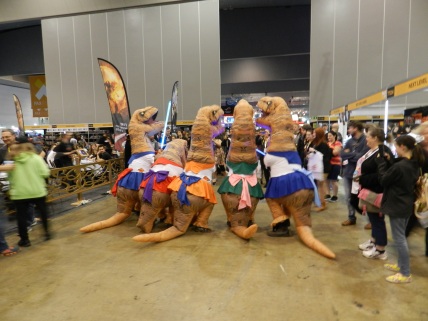 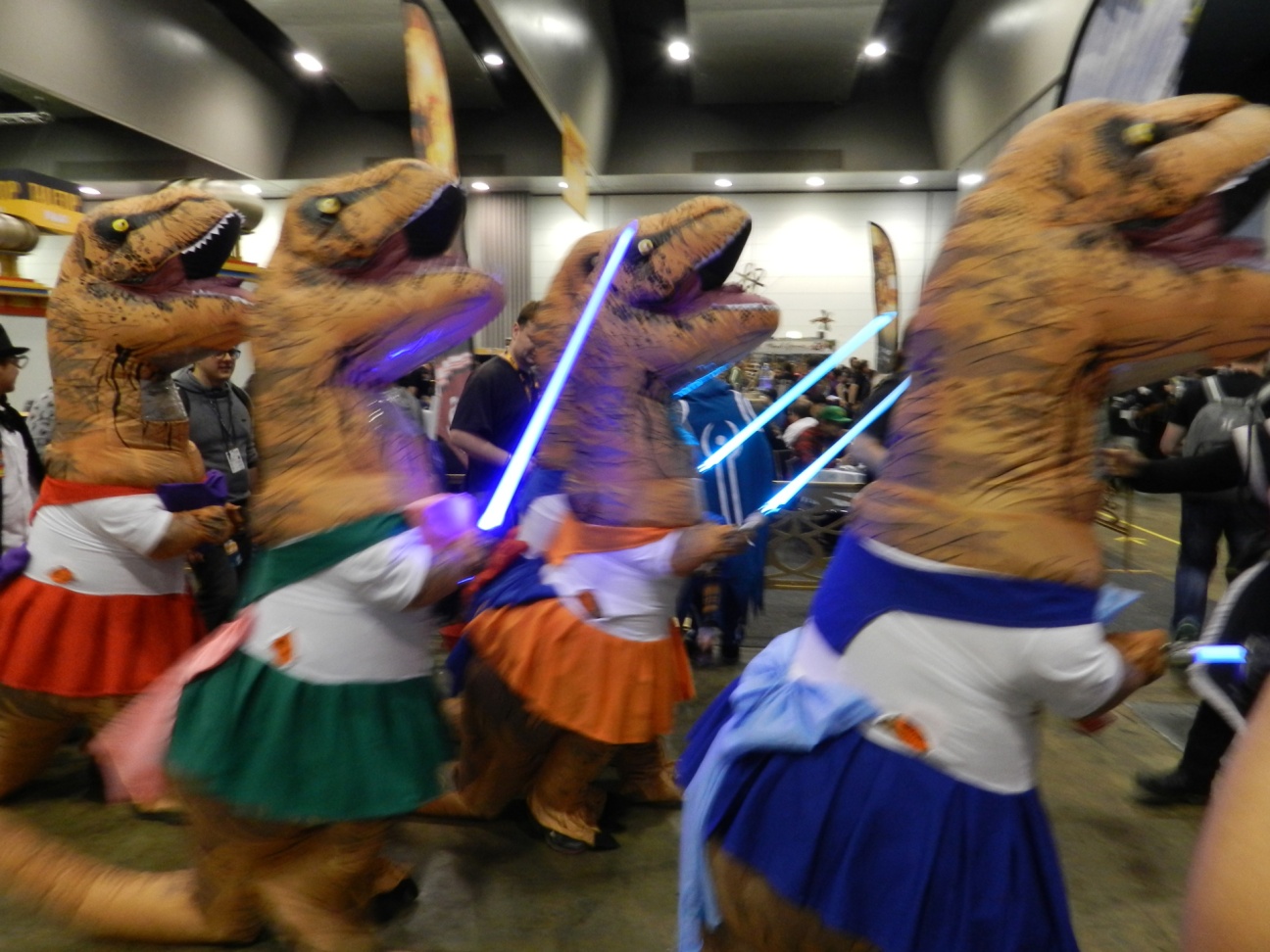