Valve’s game Portal has a lot to answer for. The first person puzzler set the gold standard for a whole gaming genre that resulted in a number of similar titles being released since that time that all showed you don’t need to score headshots (or even use firearms) to pass a level.

The Turing Test is a good example. It takes the room based puzzles of Portal but wraps it around a more serious sci-fi tale. The aforementioned test, conceived by mathematician and computer science pioneer Alan Turing in 1950, was developed as a means to determine if a machine could communicate intelligently enough to pass as human. In the game though it gets a little more complicated.

Your first moments awake do well to set the tone of the game.

In the game you play Ava Turing, an engineer woken from cryogenic sleep on a space station circling Jupiter’s moon Europa. Something has happened on the moon’s surface and Ava is sent down to investigate. She soon finds out that the base has been strangely reconfigured into a series of test rooms. If she wants to find out the truth she’s going to have to get through them all.

In general the tests are simply getting from door A to door B. Doing this though may require additional doors to be opened and closed by competing circuits using switches, power boxes or your clever little tool which is this game’s Portal gun.

The challenges gradually present the tools you’ll use as well as the methods you’ll need to apply to solve problems. Definitely take note of the structure of the rooms too as there is a reason for everything. First thing that comes to my mind is that if you see a window, there’s likely a purpose for it being there. 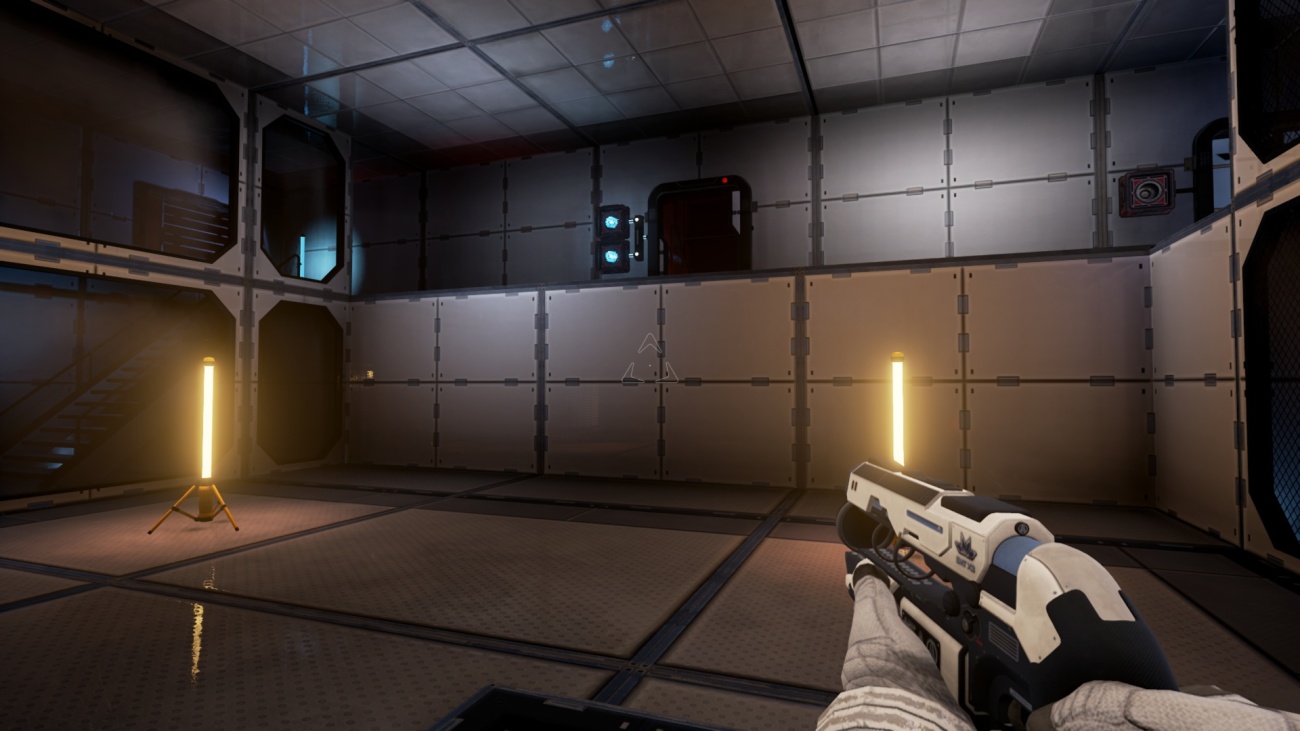 You are here, the door is there… figure it out!

There’s also bonus challenge rooms that aren’t necessary for completing the game but do throw in a few possible plot twists into the story. At least one of them is a call back to the developer’s previous game (Pneuma: Breath of Life) which was a nice touch.

I’ve really enjoyed playing The Turing Test – it offers a challenging experience connected by a setting and narrative that should appeal to a lot of players, especially fans of science fiction. And with Valve less inclined nowadays to produce sequels to their own games there is opportunity for others to step in and make this genre their own.

The Turing Test is out now for PC, Xbox One and PlayStation 4. Reviewed on Xbox One.