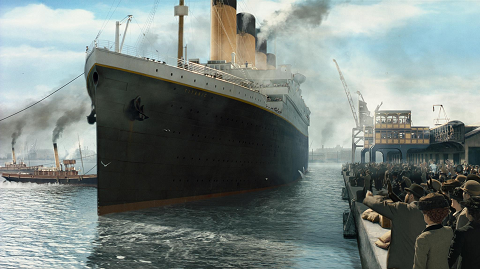 I was not a big fan of Titanic, James Cameron’s ode to sinking ships and Celine Dion, but it’s impact on moviegoers cannot be underestimated. Plus it did rake in the odd billion dollars.

So when there was an opportunity to get my hands on the 3D Blu-Ray I jumped at the chance. After all, Cameron is a pioneer of modern 3D and I was mighty interested to see what would come of this conversion.

Quite frankly, I am stunned with how great this movie has turned out. 3D post conversions have a chequered history – I was quite disappointed with how Star Wars Episode I fared in 3D. But what has been done with Titantic is nothing short of incredible. The movie already looked great thanks to its excellent visuals but the 3D has improved and extended more than I every thought possible.

You can tell that a lot of time and effort has been spent in not only getting the depth right but also in ensuring that it doesn’t distract from what’s important onscreen. That was an issue I had when seeing Avatar in 3D and it left me with a shocking headache.

Maybe I’m getting soft in my old age… but this time around I had a great time watching the film in 3D. Avatar may have the bigger box office but Titanic is certainly the better movie and this version shows that doing 3D right can add to an already impressive movie.