Warlords of Draenor – Commander and Conquer

This is the hardest review I have ever had to write. Not because the game is bad: this review is eating into my precious gaming time. This is one of the best expansions that Blizzard has delivered for their MMORPG, World of Warcraft, in years.

Currently, in game, World of Warcraft’s 10th anniversary is being celebrated. The 23rd of November 2004 being a landmark day for gaming as we all know it. This was when gamers first entered Aezeroth, and the social life for some gamers ended. With the recent release of a new expansion, an upgrade of the graphics and sound and the usual tweaks to player character fight mechanics, there is no better time to revisit this amazing game world.

To explain this expansion, a brief history of WoW is required. In 2004, Blizzard released Vanilla WoW. This consisted of two continents, Kalimdor and Eastern Kingdoms. It also had two factions, the Alliance made up of Humans, Dwarves, Gnomes, and Night Elves, and the Horde, made up of Orcs, Trolls, Tauren and Undead. It has a number of servers which, by default, are either PvP (player versus player), PvE (player versus environment), and role-play. WoW has battlegrounds where Horde and Alliance players fight over contested areas, arenas, dungeons and raids. It has a quest based system consisting of fetch, gather, and kill quests that are one off and daily quests for improving reputation with certain factions. 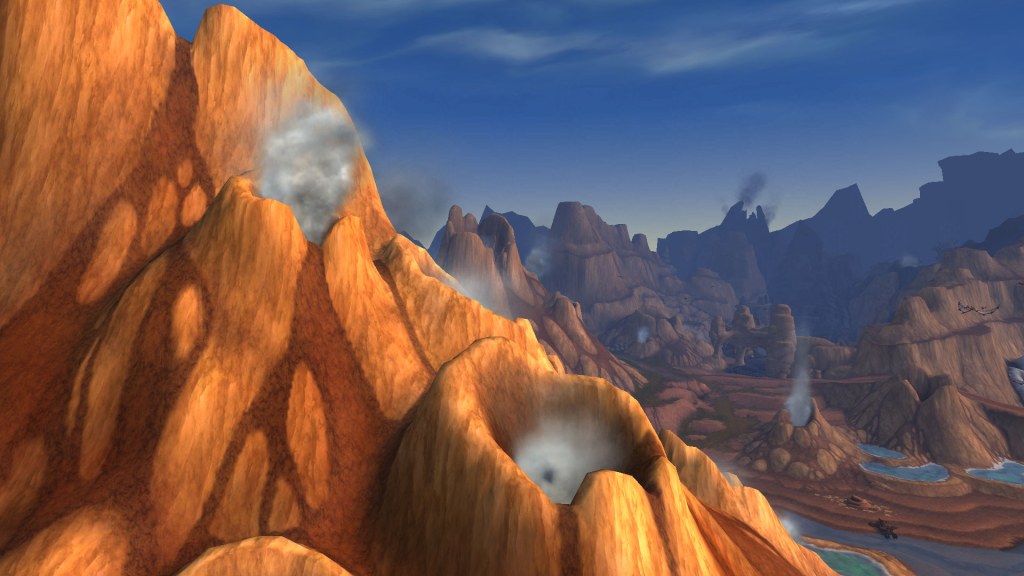 The Vanilla WoW storyline is fairly simple, the players are a new breed of heroes battling the threat of Horde or Alliance factions, trying to maintain a tenuous peace with the factions inside of the Horde and Alliance and the implied threats of the Burning Legion and the Lich King. This leads into The Burning Crusade, WoW’s first expansion. Two new races are added, the Alliance get the Draenei and the Horde, the Blood Elves. The Burning Crusade continues along a similar vein as Vanilla WoW but you are pitted against the Burning Legion of Outland (Draenor). A dark portal is opened on Aezeroth where demons pour through to conquer. With Aezeroth filling up with demons, one of the main characters (an NPC and part of wow-lore) called Kil’jaeden creates the Lich King from the spirit of an Orcish shaman, Ner’zhul. The Lich King was born to create and army of undead (the Scourge) and conquer Aezeroth for the Burning Legion.

Wrath of the Lich King is the second expansion. Death Knights for both Alliance and Horde are added as a playable character. The storyline pits the player against the Scourge in the Northern island of Aezeroth, Northrend, to stop the conquering of Aezeroth by the Burning Legion. While fighting the scourge in Northrend, a new threat emerges in Aezeroth, that of Deathwing. His escape from his prison in Deepholm wreaks havoc on the Eastern Kingdoms and Kalimdor, creating WoW’s third expansion, Cataclysm. Two new playable races are added, the Alliance, Worgen and the Horde, Goblin. This changes the starting areas for both Alliance and Horde, creates new world maps for Kalimdor and Eastern Kingdoms.

During Cataclysm, Warchief Thrall has abdicated his throne (Horde Orc) and Garrosh Hellscream takes his place. Garrosh destroys Theramore, a large Alliance city located on Kalimdor. This renews the hatred between the Horde and Alliance. During which both sides stumble on Pandaria, the fourth expansion. A new playable race for both factions is added, the Pandaren and subsequent events in Pandaria lead to the WoW’s new expansion (its fifth), Warlords of Draenor.

During Mists of Pandaria, Garrosh Hellscream is overthrown as Warchief and taken into custody by the Pandaren so that he can stand trial for war crimes. Garrosh escapes with the aid from a renegade bronze dragon and travels to Draenor (the bronze dragon flight are the “Time Lords” of WoW). Garrosh prevents the clans from drinking the blood of the demon lord Mannoroth, which led to their corruption by the Burning Legion and the destruction of Draenor causing Outland (first expansion). The clans unite and begin a war of conquest through building a Dark Portal that would allow them time travel to modern day Aezeroth.

Before running off and enjoying the superb storyline of the Warlords on YouTube, you don’t get to see this “implied” escape. This was gleaned from pre-release media. So a lot of confusion in the WoW community as to the validity of this expansion created a little bit of controversy relating to the MMO becoming tired and looking desperately for Dr Who styled storylines.

Previous to this, two very average expansions (Cataclysm and Mists of Pandaria) were released. Players left the subscriber based MMO for other’s that provided better graphics, a better storyline or better PVP. In this expansion, Blizzard went back to their World of Warcraft roots and listened to disheartened players. Primarily the last two expansions had boring storylines. They were the same old, the only difference being with Mists of Pandaria is that instead of tunnelling dungeons and raids for better equipment, they introduced the Timeless Isle. Personally, I loved the Timeless Isle and its difficulty spike. Blizzard has also given the character models and world a much needed face lift.

Secondly, they made it far too easy to get great gear, loot, crafting materials, mounts and pets and maximum character level. They bought in a levelling system for guilds, which meant it was harder for smaller guilds to get achievements, better gear and other goodies. This gave larger guilds an unfair advantage and players who weren’t into guilds were at a greater disadvantage. They also added the reforge system which ultimately ended up in every player having the same stats with little or no variation from one Paladin to another.

In Warlords of Draenor, the reforge system has gone. The guild levelling system has gone. They have made it more difficult to just hack and slash your way through dungeons to get XP (experience points) to reach level 100. They have given every character a self-healing ability and best of all, no flying, so land exploration is once again key to the playable world, which means a threat may lie just around the corner. They have made the dungeons and world harder so there is more challenge. There is still that WoW factor grind for quests for rep and the legendary is still hard to get (it’s a ring this time around – one ring to rule them all?) but they have started that quest earlier since a number of players were unable to get the legendary cape from Mists of Pandaria. 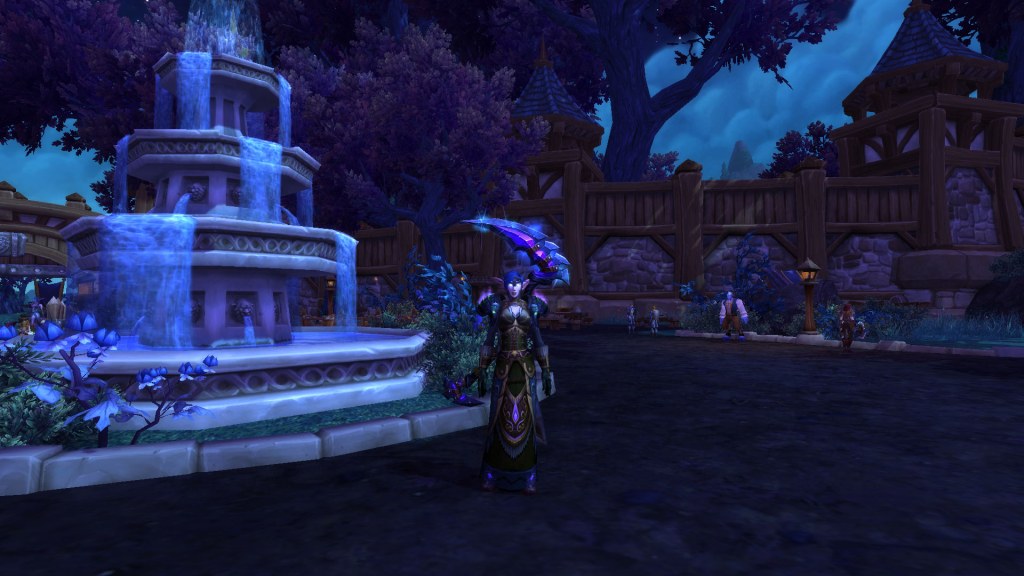 The biggest change to WoW in this expansion is the Garrison system. The starting area for both Alliance and Horde is Taanan Jungle. Once you make it through Alliance heads towards Shadowmoon Valley and the Horde heads towards Frostfire Gorge. The NPC’s call you “Commander” and throughout your questing in the new areas, you have the chance to pick up followers who do quests for you and add to your pool of garrison resources, unique gear and gold, at your disposal. You also are required to ensure your forts across the world are “stocked” (you get a choice between two types of fort, my favourite being the smuggler’s den choice I made in Spires of Arak, the NPC sells interesting buffs and toys).

The garrison daily quests including mining for Draenor stone, the herb garden and fishing. Other daily garrison quests will be whatever you decide to put in your garrison. There are 3 levels of fortification for your garrison, each level you get more plots to add to your garrison. Each garrison is an instance and therefore your own creation. You can invite players to your garrison to do defence quests or go solo. They have also added to the daily grind, an interesting battleground feature. This relates to taking down Iron Horde controlled posts. There is an option to go as a group or to solo quest. For further garrison information, I would suggest reading the Blizzard forums or Wowhead. 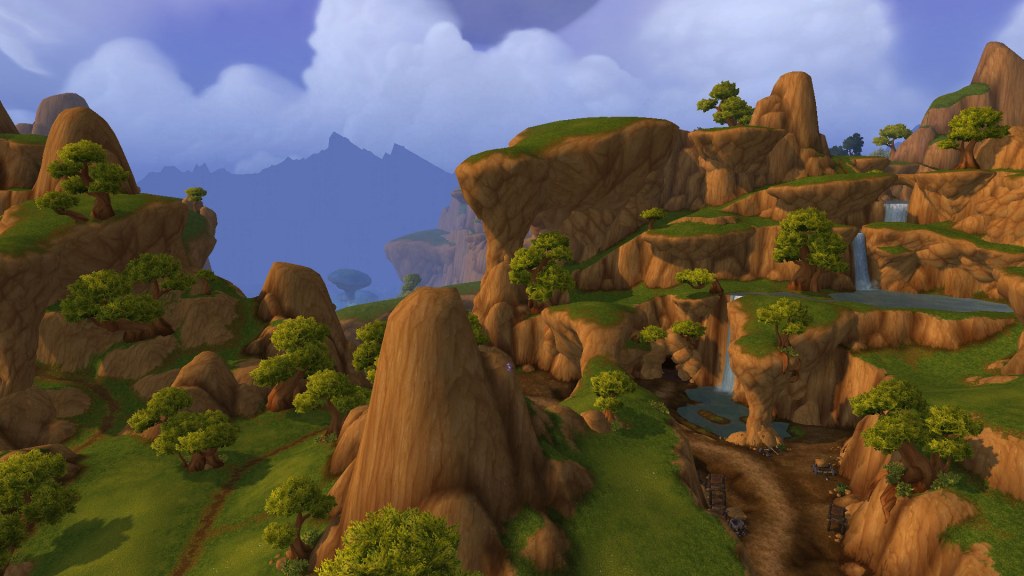 The garrison system is fantastic and highly enjoyable and very addictive. At time of review, the only raid released is Molten Core (other than the 40 man Molten Core raid) others have not yet been released. The world is stunning and realistic. Questing in a beautiful world makes that grind just a little more bearable. Blizzard is extremely good at adding social commentary into their games (although I still get a giggle from calling a Pandaren NPC Master Baiter in Mists of Pandaria) and this has not gone unnoticed. At time of review, I have not yet tried out the new battlegrounds in PvP. Having only 30 ping is amazing. The new Australian Blizzard servers have certainly made a huge difference in the world. 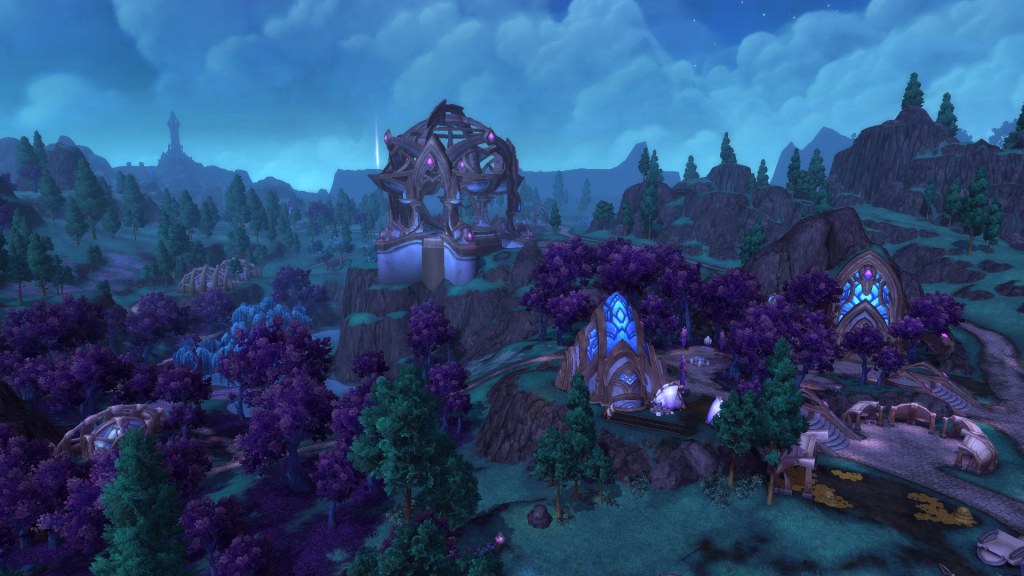 The only disappointment relating to Warlords of Draenor was the terrible launch of this expansion. Blizzard still haven’t got launch day right even after all of these years. However, the extra added disadvantage playing on launch day was the Ddos attacks which lasted a week on all servers. Blizzard has since apologised to players and have given us an extra free week on top of our subscription moving forward.

I am certainly thrilled with this expansion. Warlords of Draenor rivals Wrath of the Lich King as the best expansion for World of Warcraft. It is a welcome change and has revitalised my love for this franchise. So, instead of rating it, I would love to invite you all to give WoW a go (you can pay to level a character to 90) and enjoy this amazing experience, Commander.