With the release of the 4K patch for Elder Scrolls V: Skyrim coming to the Xbox One X, I found myself getting completely hooked again.

I do miss the ability to add mods (there are some really good ones) without having achievements turned off but still this game manages to grab me and not let go. Pretty amazing considering the game is six years old now.

So just like the first time I played the game way back on the 360, I find myself playing a Nord again, only this time I’m fighting for Ulfric and not the Imperials. I’ve just hit level 34 and love being a blacksmith (I have just maxed out my blacksmith skill). Being an enchanter isn’t something I’ve really done before but I am starting to see a pretty good advantage for doing so.

Your followers are still very useful when you are in a fight, and they can carry quite a bit of loot. Note the Nordic armour I made.

There is just so much to do and it is really amazing just how much content there is when you combine all the DLC. That is one thing I am enjoying with this latest play through as I only really played through the vanilla version multiple times, apart from the Hearthfire DLC. Once again I’ve built Lakeview Manor. I intend on saving enough money in game to build the other two dwellings that come with Hearthfire.

Yes, the game is starting to show its age with the facial animations but that doesn’t stop me from exploring the vast world once again. The multitude of interesting quests, plus the huge exploration area makes this game an easy one to come back to. 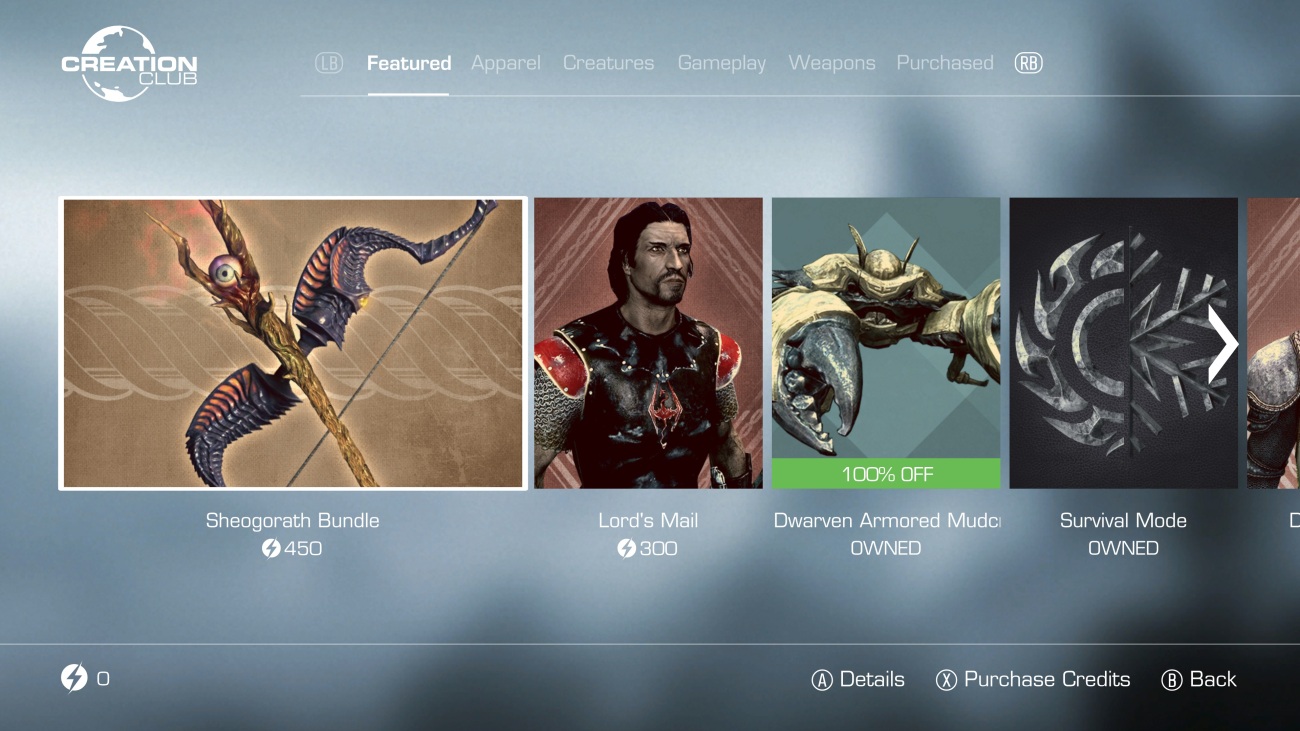 The Creation Tools menu. Some very useful items here. You can also improve these items even further with your blacksmith skills.

Bethesda has introduced “Creation Tools” to both Skyrim and Fallout 4. These are sanctioned mods, in the form of equipment and other items, that you can pay for with real money and they are then added to the game. This means any Creation Tool items won’t disable achievements because these mods have been approved by Bethesda.

At times some of them are provided free too, which is how I found out about the Creation Tool section in the first place. The items I have purchased have been quite useful and unique, and even though you do pay for them it isn’t nearly as bad as the horse armour debacle in Oblivion a few years back. I like this concept because it means that great open world games are still being supported in some way as well.

So much variety in the game world – I love it.

The Elder Scrolls V: Skyrim is just so good it demands to be played and replayed. I have tried multiple times to get into The Elder Scrolls Online: Tamriel and unfortunately it just doesn’t do it for me. Skyrim does so much right that I just want to keep returning to the fully fleshed out world.