On December 29th owners of Halo: The Master Chief Collection were able to gain access to the three week multiplayer beta for Halo 5 Guardians. After the dramas and fallout from the launch of Halo MCC a lot of gamers were going to be curious about how this would pan out and if 343 Industries really has what it takes to make this work.

Thankfully it looks like the networking is an improvement on MCC. Those of us with slower connections are still susceptible to lag and rubber banding but it does seem to be a lot more accommodating. I was even able to get some games completely lag free which was a pleasant surprise.

The beta map “Truth” really highlights how impressive classic maps can be in the new game.

Even for a beta, it is still quite clear that the production values already in the game are impressive. Seeing the map “Truth”, a remake of classic map “Midship”, really shows how much better the Halo art style can look on Xbox One. Audio has a high degree of fidelity that adds to the immersion but it’s a little harder to gauge it at this point.

In game, what you’ll notice from the outset is how smooth movement is. There is a fluidity and speed tree hat does make past games feel pedestrian. Comparisons to Call of Duty are completely valid here as like that franchise the game is aiming for a stable 60 frames per second.

Coupled with a traversal system that allows players to clamber up to higher platforms and you could say we might finally be having a game that truly shows how what it would be like to oven like a Spartan. I’m impressed with how easy that aspect of the game is to get used to. 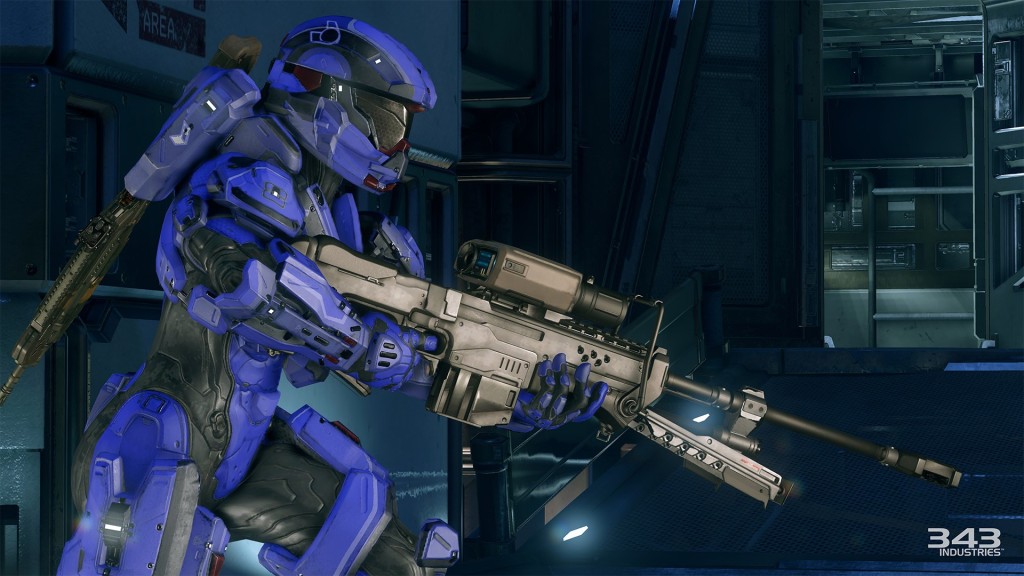 The hover ability might just make a mad sniper out of you.

Additional abilities include sprinting (straight out of CoD), hovering by aiming during a jump (good for snipers with reflexes) and a ground slam attack. The last two could almost be looked at as being advanced skills however a player who doesn’t use them often or at all should not feel left out.

Players of the beta who’ve also watched all of the Halo Nightfall series should find that an extra armour set has been unlocked which is a nice feature. Additionally, it appears that anything that may be unlocked during progress through the beta and MCC may also be available for players on the full game’s release.

As it stands now, the beta is a good taste of what to expect which is a stronger, faster Halo. Nothing appears to be lost amongst the changes. Skills still get kills and the rest of us will fluke the odd takedown or assist.

Will be curious to see if there are more reveals during the beta. It is already beginning to restore faith in players disgruntled with MCC so more surprises could tip opinion firmly back into 343’s favour.

For many Halo fans, the countdown begins again.

Categories: Gaming, Halo from the outside, Opinion, Reviews & Impressions