It’s been a week now since the big update to Halo: The Master Chief Collection allowed players a chance to play the campaign from Halo 3: ODST. And though there’s still plenty of it for me to play through I’ve got to say it’s great seeing the game back in action again. 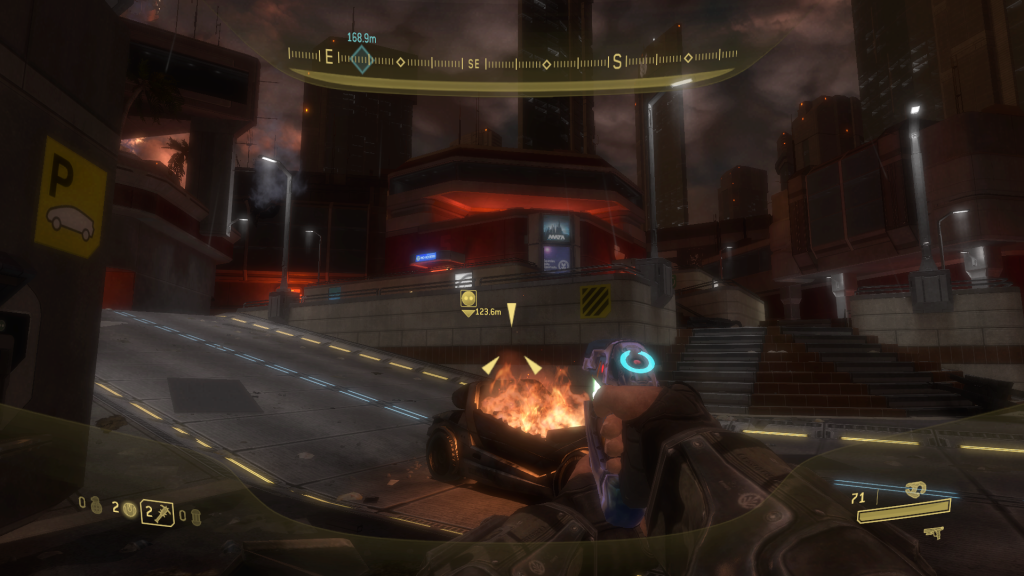 The city of New Mombasa benefits a lot from the Xbox One upgrade.

Like Halo 3, the jump to 1080p resolution and Xbox One goes a long way to bringing out the best in the game. In the case of ODST, I think it is even more significant as the city itself is a big part of the character of the game and seeing it in greater detail further highlights the work done by Bungie at the time to make this stand out from its higher profile predecessor.

Whilst the game does show the Halo 3 engine at its best, it also shows it at its worst with its modelling of human characters. This has always appeared to be an area where Bungie’s art design would falter and it’s more noticeable here as two of the main characters in the campaign are actually based on their voice actors (Nathan Fillion as Buck and Tricia Helfer as Dare/Veronica).

That aside, the game’s method of presenting the story in flashback still works; it could have been a novel and really shows what is possible with narrative in a game of this type. And using the city as a hub between these sequences is a clever way to have the player revisiting areas without it becoming repetitive too quickly.

Hopefully this isn’t the last we see of new content for Halo MCC – maybe we’ll hear about Halo: Reach‘s inclusion at E3?

Categories: Gaming, Halo from the outside, Opinion