It looks like September is going to be another notable month for Halo 5: Guardians. Franchise overseer 343 Industries has been keeping themselves busy with not only more content for Xbox One players but also taking some impressive steps onto Windows 10 too.

First up, the next content drop is called “Anvil’s Legacy” and brings to everyone a pile of new REQs plus maps in the forms of Temple (Warzone Assault) and Mercy (Arena) which are themed to reflect the world of Sanghelios, home of the Elites.

In addition, a content browser has now been added to Forge that makes searching and sharing new game content easier than ever. A new feature called Forge Object Groups allows for prefabricated designs, such as buildings and bases, to be shared in a similar way. For players wanting to dabble in map design but lack the experience to build complex objects this will be a neat way for them to build out a map quickly. 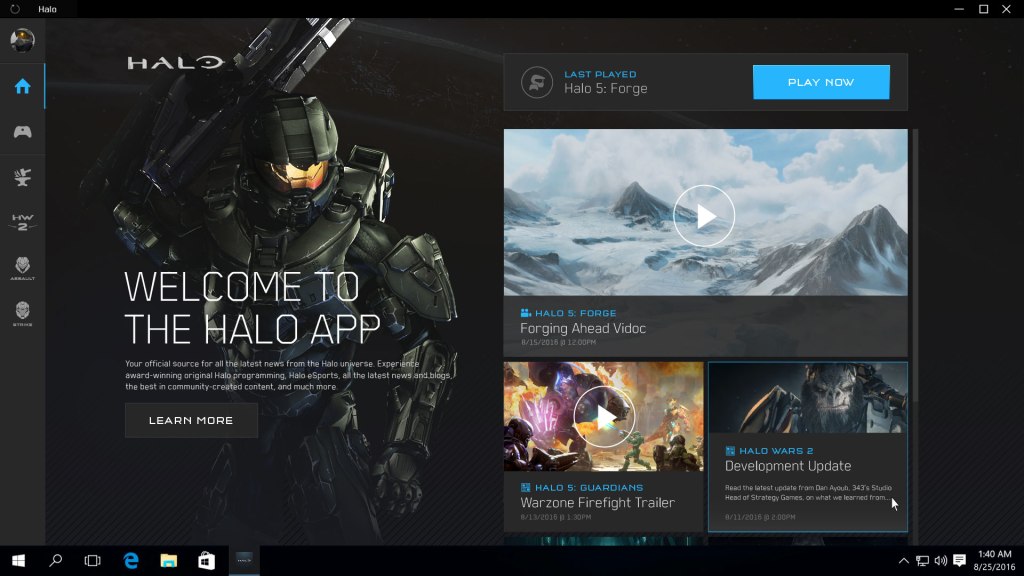 The new Halo app look to be the successor to the Halo Channel if it packs the amount of content being described.

Previously, 343i had announced that Halo 5 map making and multiplayer would arrive of PCs in the form of Halo 5: Forge and it looks like there’ll also be a new companion app included as well that will provide players with access to truckloads of content straight from the source. Both will be arriving on September 8 in the Windows Store. When they arrive I’ll take them out for a test run and see if I can whip up a map or two in the process.

Much like what Turn 10 did with Forza Motorsport Apex, you know this is 343i dipping their toe into the water of PC gaming with their franchise. Whatever they learn from it is bound to make an impression on what a Xbox Play Anywhere version of Halo 6 is going to turn out like.

More information on all of this can be found here at Halo Waypoint.

Categories: Gaming, Halo from the outside, News