Working through my pile of shame

So with the new Xbox One X console coming out I thought it was time to try and start working through some of the unfinished games.

I’ve been steadily working through a couple of different titles before settling in for the time being on Far Cry 4. I bought this on release but found I got a bit bored because it initially just seemed to similar to Far Cry 3, which I had just finished. So it got shelved.

Now that I’m about 25 hours in I can see that despite the early resemblances to Far Cry 3 it does actually have quite a bit of variety, and indeed differs quite a bit from the previous title. The missions seems quite varied and you certainly get a true taste of the different climate when you travel to the Himalayas a bit further in the game.

I can safely say I am quite hooked now and will keep playing this through until it is finished. The co-op is also great fun and now that I have unlocked the northern part of the Kyrat I’ll have one of my gaming friends help me capture the remaining fortresses.

Occasionally I get a bit annoyed when you try and fly a buzzer around the landscape and you are told that you are leaving the game area. Even more annoying is where you are warned you are leaving the mission area when you are simply trying to find an alternative route. Apart from these small quirks though the game is really impressive.

Far Cry 4 is a really good game and co-op is a blast. Having 2 player co-op throughout the single player campaign of Far Cry 5 next year will be excellent.

Another game I am working through is Titanfall 2. I generally play the single player campaign a few hours at a time. It is bigger than I thought it would be, and quite enjoyable. You definitely have to take advantage of some parkour running via your pilot during the campaign.

The game looks very impressive, even if I see the occasional low texture on the Xbox One S. I don’t know why the multiplayer was changed so much from the original, and I’m not sure how well it has been received. Last time I checked Frontier Defense wasn’t available in Titanfall 2 either, and that was my favourite game mode in the original. 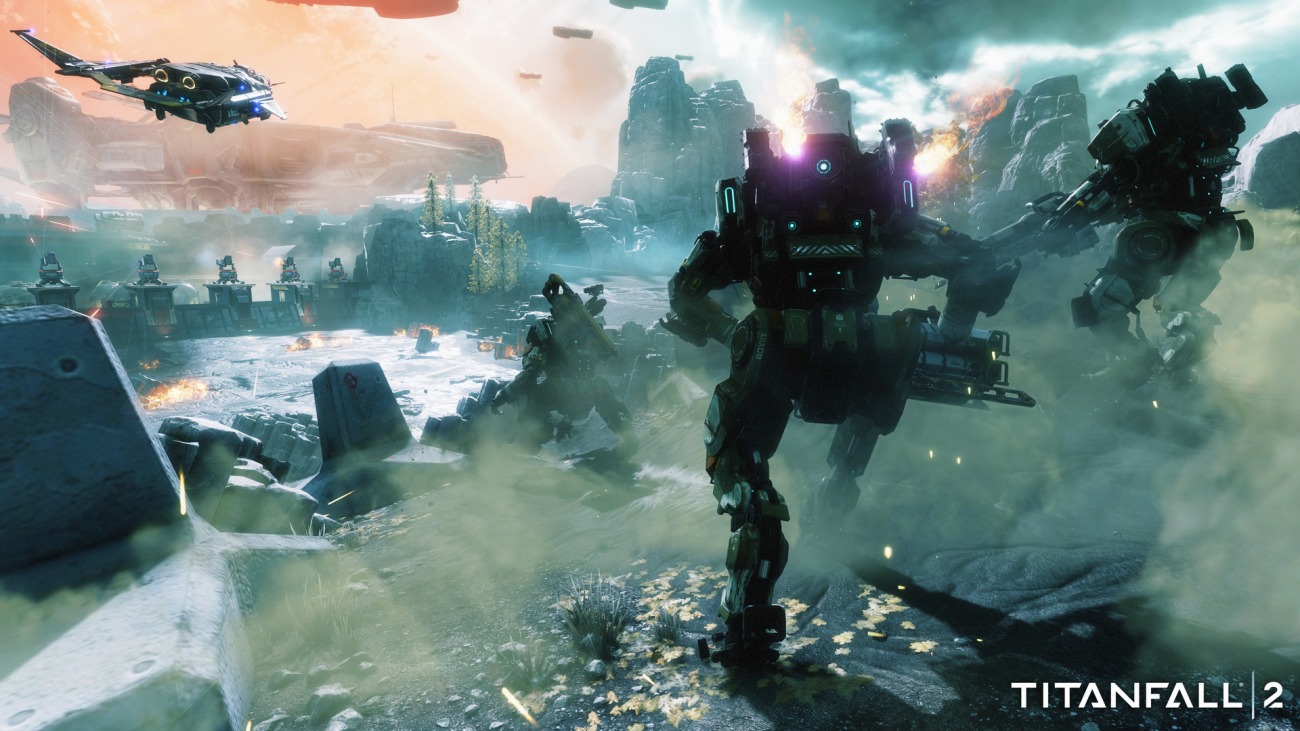 The single player campaign is quite decent and sizable in Titanfall 2. I haven’t gotten into the multiplayer nearly as much as the first game though.

The third game I’ve just started (inspired by the Metro Exodus E3 2017 footage) is Metro Last Light. So far this has been a great sequel and I’m looking forward to delving into this game more once Far Cry 4 is finished.

Only early days for me with Metro Last Light but so far it is really impressive.

I’m still working on Forza Motorsport 6 (FM6). I’ve almost finished the Porsche expansion, which means I can then play more of the Nascar one. I’m really hoping they take some more queues from the gameplay of Forza Horizon 3, or even Forza Motorsport 6: Apex (the PC equivalent).

I find it really annoying you have to redo a race if you don’t finish in the top 3 in FM6. It doesn’t encourage you to set the AI too high, which can lead to some pretty boring races if you pull out in front halfway through the race. The mod cards too, although seemingly good at first, become ultimately forgotten so lets hope they bin that idea in Forza Motorsport 7 as well.

Forza Motorsport 6 – a good game without pushing any new boundaries. Let’s hope more is done with Forza Motorsport 7. I’ll be buying it regardless because I do love the Forza series of games.

What games are you currently working through in your pile of shame?

Let us know your thoughts below.