If there were any doubts that Atari’s long discussed attempt at resurrecting a console were going to fail, they’re being pushed aside for the time being as the Atari VCS beats its initial goal on Indiegogo within hours.

With only a $100,000 goal to reach, the campaign has already zoomed past $2,000,000 and might even emulate the OUYA in terms of dollars pulled in. Mind you, when you’re charging two or three hundred dollars for a console it won’t take long to make money if there is a demand for it. 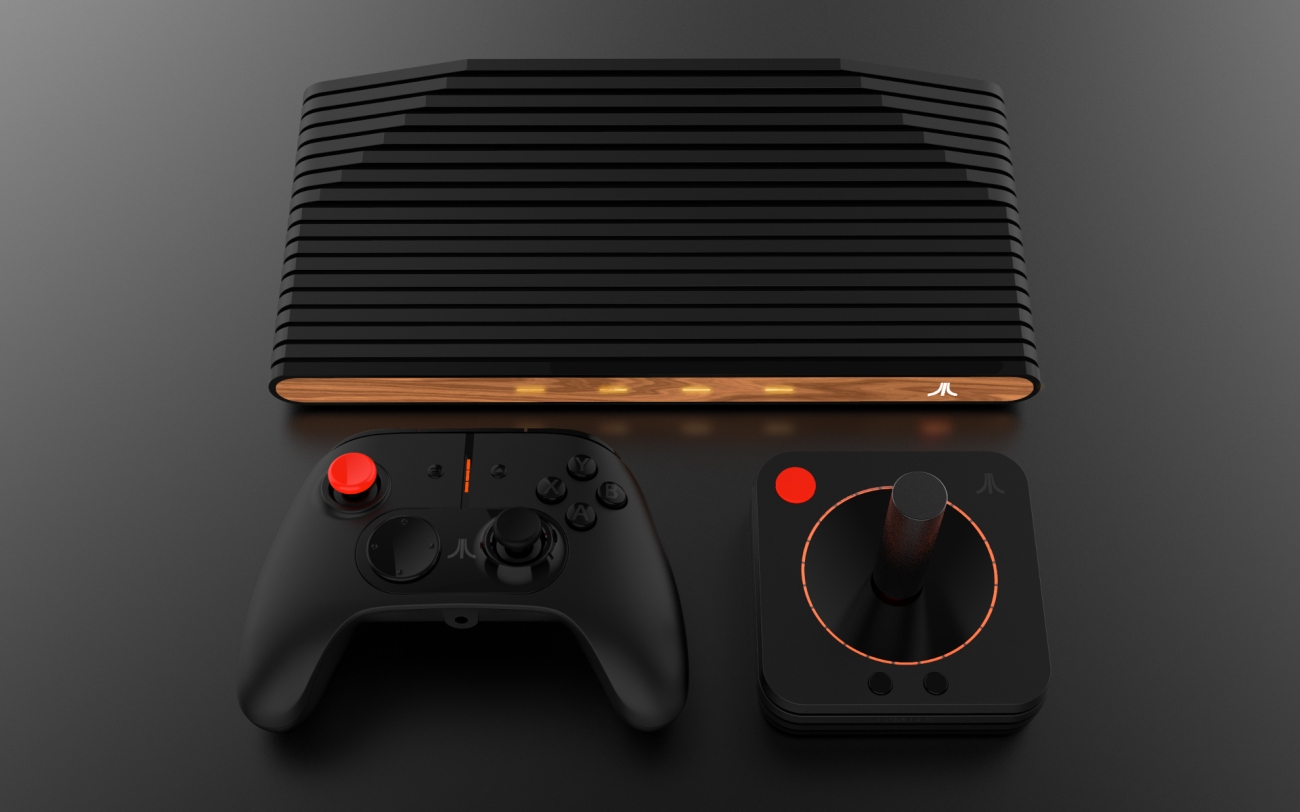 A render of the Atari VCS with gamepad and “classic” controllers.

I’m still sceptical of how this retro themed micro-console is going to do any better than the aforementioned OUYA but it’s clear the brand still carries some credibility amongst gamers… especially to those who remember “the old Atari”. And they’re not afraid to throw their games IP around either as it is going to be bundled with 100+ classic titles in the Atari Vault. Additionally it was announced that a version of Llamasoft’s upcoming Tempest 4000 will be available for it too. However these are all just promises right now and until we start seeing real hardware I’m a little reluctant to invest early. Though that “classic” version console looks damned amazing…

For the curious, the campaign page can be found here.