Angry Birds Star Wars – May the Birds be with you 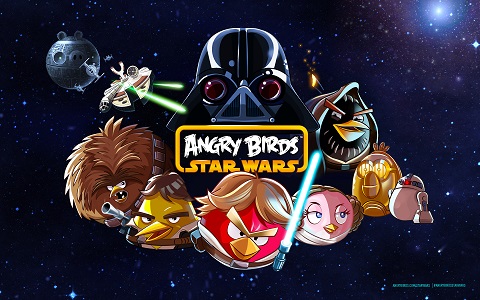 Who in their right mind would have imagined the biggest franchise in mobile gaming being mashed up with one of the biggest entertainment franchises for the last thirty years would actually work?

I certainly didn’t but I think what Angry Birds Star Wars shows is that even a crazy idea can work if there are solid mechanics behind it.

First up, the game itself feels like it is a nice blend of the original Angry Birds projectile and physics puzzles combined with the newer gravity field puzzles of Angry Birds Space. The result is a lot more variety for the player in a way that almost plays like a “best of” from those games.

And that doesn’t even touch on the new birds you get in the game which inherit the personalities from the Star Wars trilogy in combination with some new as well as existing tricks. First time you hear the Chewbacca bird roar its way through an obstacle will bring a smile to your face.

And it’s in the presentation where the game truly nails it. Graphics and audio are of a high standard and show surprising care in how they are used. The concept might sound like a cash in but the effort put into making it work exceeded my expectations.

Like its siblings, the game also has a long tail in post release support. Already a Hoth themed expansion has been released and a Bespin one is on the way. This certainly helps to keep the game fresh in people’s minds and coupled with Xbox Live achievements gives you plenty of reason to keep playing to improve your gamerscore.

If you are a fan of either franchise this is a must buy. You may even find yourself becoming a fan of both by the time you finish it. Awesome fun.