Over my holidays I managed to finally get a chance to play through the main story to Witcher 3’s first expansion, Hearts of Stone. CD Projekt RED really know how to make a worthwhile expansion and this new addition to Geralt’s story is fantastic.

Honestly I didn’t think I could get drawn into this game again after already spending 150 hours on it but within an hour I was completely wrapped up in this new adventure. It is important to note that this is set before the climax of the original game (which makes sense if you have finished it) but aside from that still keeps in line with some of your decisions that were made earlier in the game. References to choices you made earlier are definitely reflected in the expansion, which is great. 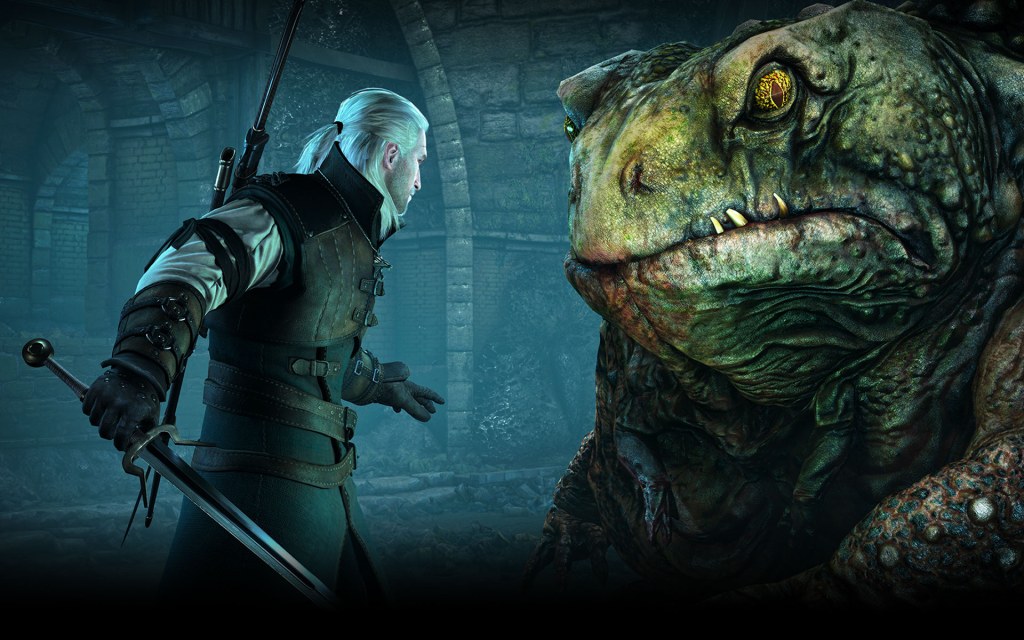 This is one creature who you run into and he is tough.

This expansion has quite a few side quests as well so even if you are not following the main story you can follow tasks that includes a couple of new armour sets and weapons. Rune Crafting is also introduced which is an advanced way of adding some pretty great abilities (like automatic deflection of arrows off armour) to your existing gear. Setting up one of the NPCs to actually be able to Rune Craft is quite expensive, especially for the higher tiered stuff, so make sure you save plenty of coin.

To give away any details of the plot surrounding Hearts of Stone would spoil the fun but suffice to say you’ll definitely see a more human side to Geralt in this latest expansion. You meet new characters as well as expand on ones you’ve met in the original game, which ties in really well. Long time Witcher fans will remember the re-introduction of some of these characters too. Additional Gwent cards are also available to help fill in your deck just that little bit more.

The new settings are fantastic and feel right at home with the original game.

The expansion is designed around characters starting at a minimum level of 31. I personally was level 34 when I started and on normal difficulty level it was tricky enough. Even on normal difficulty level some of the “boss” fights require some very careful thinking and I feel CD Projekt RED have taken a few queues from the Dark Souls games here. You have to really think about the best way to approach some of the battles and it isn’t just your usual hack and slash through these tough fights. At first I found this a little frustrating but you do get a good sense of satisfaction when you finally work out how to beat the boss and it definitely makes you use every decoction, potion and witcher powers at your disposal.

The season pass really is good value if this first expansion is anything to go by. The second and final Witcher 3 expansion, Blood and Wine is due by June 2016.