Does resolution really matter on consoles?

Ever since the current gen consoles came out in late 2013 the Full HD debate has raged between the two.  On paper it still looks like the Xbox One is lagging behind the PS4 when it comes to managing native 1080p.  When they were both released there were even situations where the XB1 was only hitting 720p native resolution (Call of Duty: Ghosts) compared to the PS4’s 1080p.  Over the last year and a half this has changed as the developers get a handle on the XB1 hardware so the resolution discrepancy has dropped (1080p for PS4 and 900p for XB1 on some games).  For those who care that means the PS4 runs at 1920 x 1080 (2073600 pixels) resolution for most games while the XB1 runs at 1600 x 900 (1440000 pixels).  On paper that sounds quite substantial.

On a TV though – does it make that big a difference?

In the art of science and because I am one of those who actually would like the current gen consoles to always hit 1080p I actually have compared a few games to see if there’s a difference.  Keep in mind that I made these comparisons on a 60 inch Samsung TV with PC mode on (best for latency).

I have an XB1 and PS4 and have tended to play a lot more on the XB1 as it is my console of choice.  There are reasons for this:

1.  I love the achievement system.  Trophies just doesn’t excite me nearly as much.

2.  Most of my online gaming friends have sided with Microsoft and so we play on XB1.  The back end network infrastructure for online gaming is amazing and we have local Aussie servers for some of the big AAA titles (Forza Horizon 2 and Titanfall for example).

3.  I much prefer the XB1’s user interface.  The customisation features of this console for your dashboard is fantastic.  The PS4, on the other hand, still hasn’t released customisable folders so you can sort your games.  You can also use USB 3.0 drives to play your XB1 games from.  The PS4 has only recently allowed you to backup your data to USB.

I still like playing The Crew – but why couldn’t it be a bit less jaggy on console?

Getting back to the resolution topic though, the games I’ve played on PS4 and the XB1 for testing purposes are Thief, Assassins Creed: Black Flag and The Crew (both consoles run this game at 1080p but I wanted to try this regardless).  Keep in mind with the limited budget I have that is why it is only a few games at this stage.

Now this is the part that hurts me the most (because I love the XB1) but I do notice a difference between the 900p versions of Thief and AC: Black Flag and the PS4’s 1080p counterparts.  Even The Crew, which runs supposedly at the same resolution seemed to have less jaggies on the PS4 version, though it was marginal (slightly increased Anti Aliasing perhaps?).  Everything just looks a bit crisper, which isn’t surprising really as I will explain shortly.

However, it isn’t that big deal of a difference on a TV when you are sitting six feet back from it.  If you are playing consoles on a monitor I would say you’d notice the resolution difference more.  900p and 1080p is not a big a difference as you would think on a TV though.  One of the XB1 exclusives, Titanfall, runs at 792p and yet it manages to look excellent when you are playing it as they have upped the Anti Aliasing to smooth out the rough edges.  I look at games like The Crew and wonder how the hell they can call that 1080p when it looks as jaggy as it does, yet games like Titanfall and Ryse (release title for the XB1 that ran at 900p) looks absolutely amazing.

Titanfall looks excellent even a year after release.

In the end the resolution difference between the two consoles comes down to the hardware and in a weird twist of fate it seems the XB1 is harder to develop for now than the PS4.

The Xbox 360 was a great bit of kit and was always seen as the easier console to code for as the PS3’s custom cell chip was tricky.  Now it seems to be the reverse.  The XB1 has the touted eSRAM and with Direct X 12 there has been a lot of talk about how this will really help provide more power to Microsoft’s Console (go here for a good read – http://www.redgamingtech.com/esram-performance-improves-15-dx12-info-xbox-one-analysis/) but it still is a lot more difficult for developers to work with than the traditional PC hardware of the PS4.

I think this will change over the next year or two as Microsoft release better Software Development Kits (SDKs) for the third party developers and we get Direct X 12.  The XB1 can hit 1080p as looking at Forza Horizon 2 in action shows how good a game can look.  This is the difference though: Turn 10 and Playground Games are first party developers and have the direct backing of Microsoft, so they know how to utilise the eSRAM.  Third party developers are still trying to get their head around how to use the technology.

In the end if you had to pick between one console or the other you are best looking at the games line up and which console has which exclusives.  It comes down to those exclusives.  If you like Halo, for example, then you would go with the XB1.  If you like Uncharted and The Last of Us games, you would go with the PS4.  The occasional gaming dilemma only occurs when you have both consoles but for me the XB1 is my primary console, hence most of the third party games are bought on that platform. 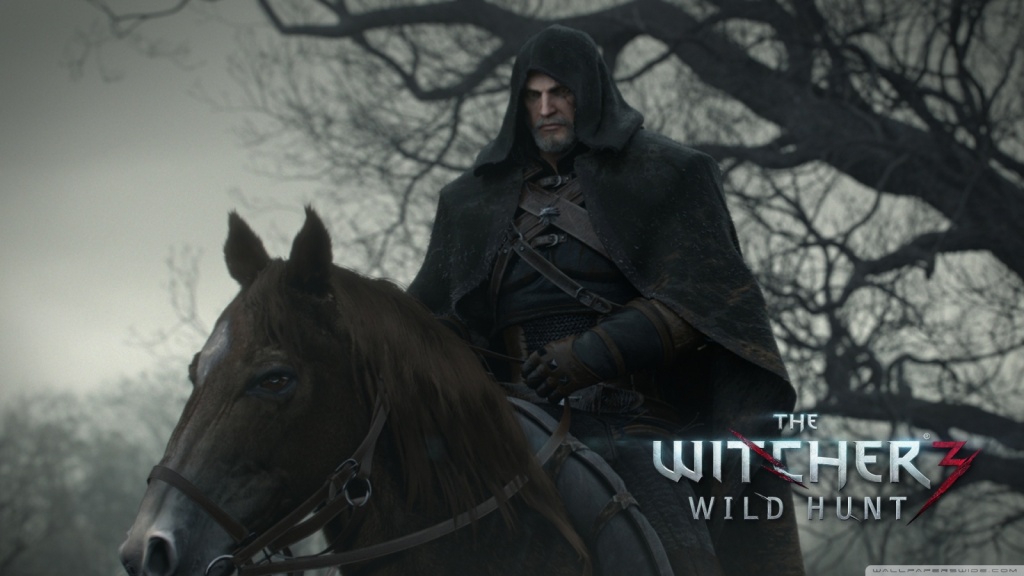 The next most anticipated game for me – The Witcher 3.

One of the reasons I decided to write this article is because The Witcher 3 is coming out May 19 and I still haven’t 100% decided what platform to buy it on.  If I had a modern PC I would probably buy it on PC but due to limited finances it comes down to a decision between the consoles.  I am still siding with the XB1 at this stage for the reasons mentioned above, even though it is running at 900p and not 1080p as it will on the PS4.

What platform will you be buying The Witcher 3 on?  Let us know by leaving a comment below.