We know there are many different variations and layouts based on what we’ve already seen with Forza Motorsport 5 so having those tracks in the new game is a great start.  We also have ten additional locations as well for Forza Motorsport 6. 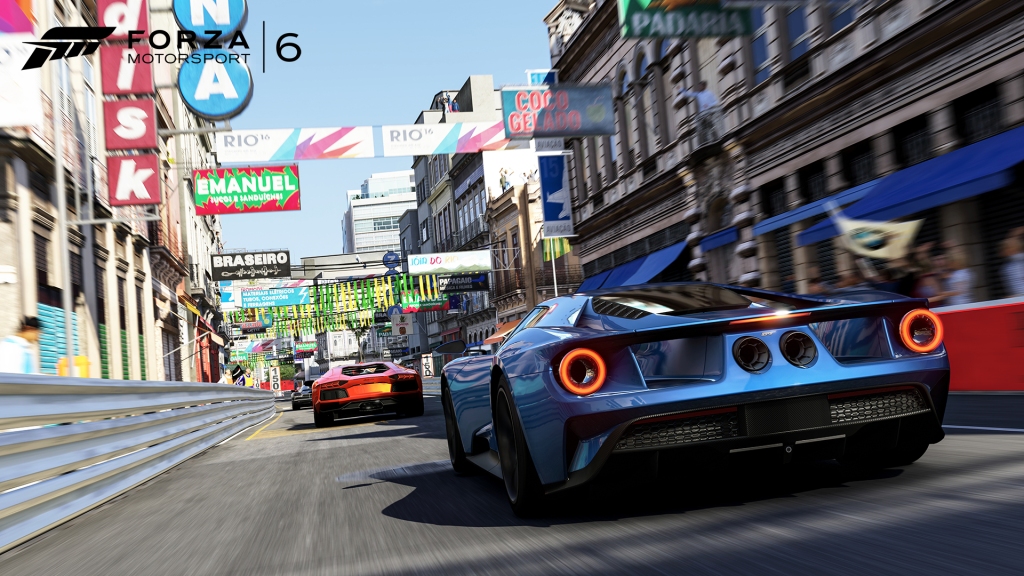 Then finally we have six brand new locations to the Forza series:

The location list is impressive and I am hoping we will see at least a couple of variations of track layouts for most of them.  I’m also hoping Turn 10 release more tracks after launch as DLC because having track variety is paramount for a racer.

Night racing is simply going to be great and a welcome addition to the Motorsport series.

Apart from the two heavily publicised features of night and wet weather racing the single player campaign has definitely been worked on for Forza Motorsport 6 and you’ll have 70+ hours of content via “The Stories of Motorsport”.  In this campaign you’ll have interviews from racing personalities and special events that will take you back to some of the classic days of motor sport.  Top Gear is still heavily themed in Forza Motorsport 6, with Richard Hammond and James May continuing to provide commentary (sadly no Jeremy Clarkson) plus The Stig’s digital cousin also making a return.

Rain will be available on many of the locations in Forza Motorsport 6.

It is important to note here as well that all of the content, the 450 cars, the 26 locations will be available without micro transactions.  Forza Motorsport 5 copped a bit of criticism for the micro transaction style of accelerated leveling up and buying cars. It is nice to see Turn 10 are trying to go back to the basics and have taken a leaf out of Forza Horizon 2‘s books in not having a micro transaction model again.

Look forward to a full review from me on The Late Night Session when Forza Motorsport 6 is released September 10th (Ultimate Edition) and 15th (Standard and Limited).

To finish I’d like to post this famous release trailer for Forza Motorsport 4, back in October 2011.  I think it is a great piece of marketing and it also reminds me how much I’ll miss Jeremy Clarkson and why I love cars and racing games.