The latest expansion for World of Warcraft, Legion was released 30th August 2016. This was a much anticipated expansion. There were a number of very good reasons behind this, primarily, the creation of Overwatch, the 6 on 6 team based FPS which has been extremely successful (and still is). Secondly, Blizzard seemed to have given up on Warlords of Draenor as the rapidly dwindling numbers of subscribers to WoW indicated that, while Draenor had excellent parts, the believability of the setting (going back in time to “save” Outland) seemed a little outside of WoW lore. Personally, Warlords of Draenor was an excellent expansion compared to the lack lustre Mists of Pandaria and Cataclysm.

In this review, I wanted to do at least a few mythic dungeons, raids and player versus player (pvp) to see what had changed. Due to the drip feed nature of this expansion, to give it a fair review, I waited. However, before I do the Good the Bad and the Ugly, overall, Legion, as an expansion, is worth the time and effort. It fits in nicely with the other expansions (aside from Warlords of Draenor which seemed to act as a test bed) and with WoW lore. Legion takes us places where the other expansions did not. It is emotionally charged and contextual. It left me feeling hollow and drained. I will try not to give away too many spoilers but if you are eager to find out what happens, there are you tube videos of all the cut scenes, however, it is best to play the expansion to get the best out of these.  Another win is that Blizzard have improved the graphics both in combat as well as the engine itself. 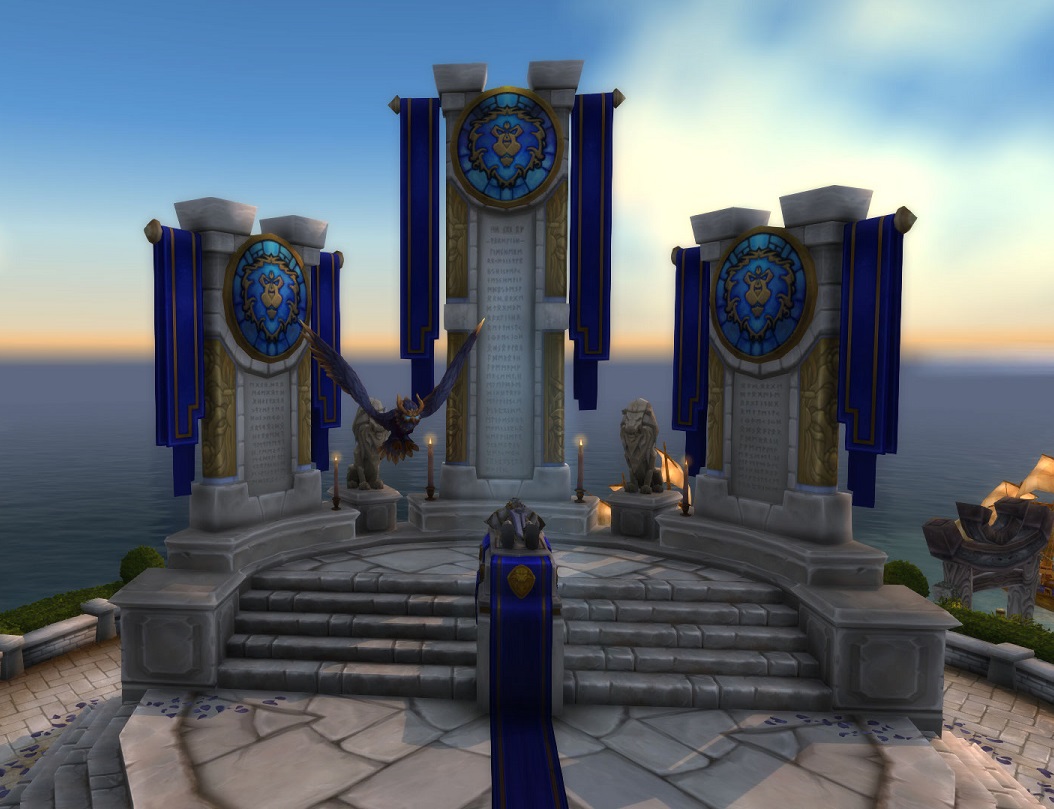 Blizzard have not shied away from the popular content. You fight Malasandra and Seersei, two powerful harpies (Game of Thrones). You have the Nightfallen mana addicts (Breaking Bad)  and other hidden easter eggs which will give you a bit of a giggle. They also took a lesson from WoD regarding flying. I am pleased to say that at present, flying is difficult to obtain again in Broken Isles which makes you appreciate the amount of work that has gone into making this expansion.

The new class Demon Hunter, while extremely overpowered at present, are incredibly fun to play.  Only Night Elves and Blood Elves can become demon hunters. They only have two specialisations, Tank and DPS. For an explanation of Demon Hunters, Blizzard produced an amazing 15 minute animated short. It is well worth the watch. Blizzard have again tweaked all the classes, some for the better, some worse. This happens every expansion so it is not a new thing.

I am not a predominant PVPer, however, I do love the new streamlining of the PVE/PVP system in Legion. This entails having an honour talent system as well as a PVE talent system which ensures that your PVE talent remains just as powerful as your PVP talent. PVP has become much more fun for those who aren’t the best at this style of gameplay. To gain these PVP honour talents, you go and, well, pvp. The more wins you get, the more points you obtain. The higher you go, the harder the points are to get. It works extremely well.

Artefact weapons. Legendary weapons for each class and each class specialisation. Blizzard have finally hit on a winner for this. It makes every player unique with the ability to customise their weapon. In the last two expansions, the ring (Warlords of Draenor) and the cloak (Mists of Pandaria) made players feel samey and before those two expansions, only certain legendary’s were for certain classes and not every class could have a legendary. With the artefact weapons, you will need to earn artefact power or AP, as with the honour talent system, the higher you go, the harder and longer it takes to obtain.

Class halls and title. Amazingly, Blizzard have finally figured out what to do with the Emerald Dream. It is the class hall for druids. Class Halls are sanctuaries for both horde and alliance players. This is where you go to improve your weapon, change its (in in the case of druids) or your look, send followers on missions, improve your weapon through research and obtain your legendary title. As I predominantly play a druid, I have earned the title Archdruid. Other titles include Warlock; Netherlord, Warrior; Warbringer and my personal favourite Rogue; Master Assassin.

World/Emissary Quests. These lovely quests pop up once you have reached 110. They assist in improving your gear for dungeons and raids, provide AP for your weapon and resources for your class hall. They are also linked to the reputation system in Broken Isles, so just running dungeons is not going to get the reputation you need to complete areas. These quests are cyclical so you may not get the same ones all the time. I enjoy questing more than I enjoy the dungeons and raids as the quest content may be the same, the npc’s may not be.

Pets and Mounts. Everyone can now obtain most pets and mounts with a couple of exceptions. Warlocks and Paladins will always have their own mounts. They have expanded the pet battling system and the mounts can be obtained through questing, puzzles, your followers and running dungeons and raids. You can also purchase some mounts but the prices are way beyond what I would be willing to fork out gold wise.

Transmogrification.  Bad druid set looks are gone with transmog. You can now run old content, get the gear and transmogrify it to create your own unique look. Thank you Blizzard. 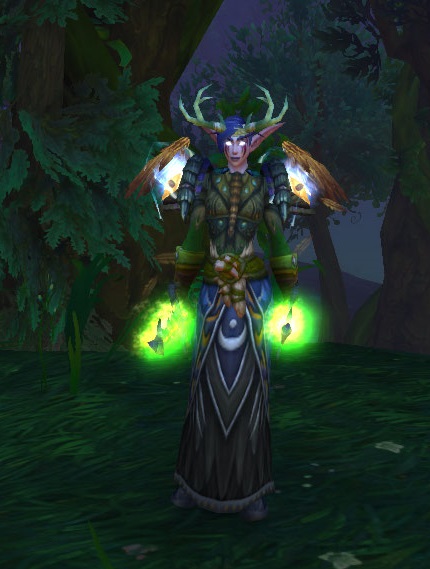 Dungeons and Raids.  Dungeons are divided into 4 levels, normal, heroic, mythic and mythic +. They are graded with normal being the easiest to do and mythic + depending on the keystone are the hardest. Keystones add a timed dimension to the dungeons as well so its not as easy.  You actually have to know what you are doing in these but they have now been graded. Looking for Raid (LFR) raids do not have all the npc badassedness as the Normal raid and the mythic raid is just downright scary. Do not think the LFR is easy though.

Difficulty level. Each time you level up, the npc’s do too. Once you reach 110, the npc’s on the Broken Isles are all 110. I like this. It gives you the ability to improve your gear and your skill at WoW.

The changes to professions. Yes, you now must quest to improve your profession both gathering and creation. This includes normal quests, dungeon quests, and mythic dungeon quests. There is no other way to progress in your chosen professions other than to do these quests. Probably not the best thing that Blizzard has thought of.

The Legion Grind. It wouldn’t be World of Warcraft without the grind. Now you are not only grinding for reputation, but also for artefact points and honour talents. At least though, you don’t have to be constantly running the same content over and over … wait, unfortunately yes you do.

Due to subscription drop in numbers the Oceanic servers have now been combined which can cause lag spikes at inopportune times.

Dungeons. Whoever came up with this idea should be thrown to the felhounds. Dungeons are divided into 4 types normal, heroic, mythic and mythic +. Normal and Heroic dungeons do not need explaining. Mythic dungeons are harder than heroic and Mythic plus – depending on your level of keystone (there are at least 20 levels) adds a difficulty level to the mythic dungeon so a mythic + 4 is four times as hard as a normal mythic or so they say.  Some quests require mythic dungeons for your profession. Some people don’t want to run mythic dungeons to increase their professions. Some people can’t get into a mythic dungeon because of the “poor performance” of their class. Well done Blizzard, you have found yet another way to disadvantage those who have a disability or whose class you have tweaked to the point where it is considered unplayable and therefore have little or no opportunity to enjoy the content you have provided. As a caveat to my rant, blizzard are aware that they have created the “working poor” and are working through this to reduce elitist behaviour in Legion. A suggestion would be to put all quests into heroic dungeons and leave the mythic and mythic + for the gaming elites. 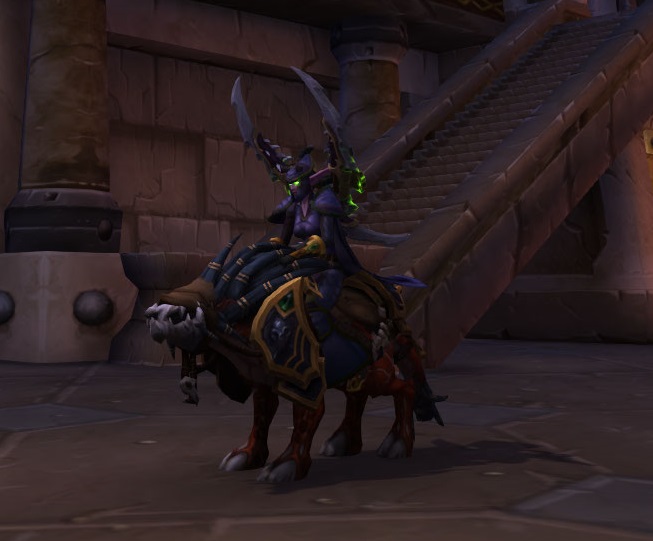 Elitism is back in its full glory. During Wrath of the Lich King expansion, Gear Score was all the rage amongst the WoW elite. Now it is ilvl (item level) and whether you have completed a raft of achievements (such as running Heroic Emerald Nightmare). Some classes, outgunned by Blizzards infernal tweaking are usually last on the list of who to choose in your normal or heroic raid or mythic + dungeon. Blizzard has raised this as a concern, but it still seems to me that there was always an undercurrent of this throughout other expansions just not to the extent with Legion. 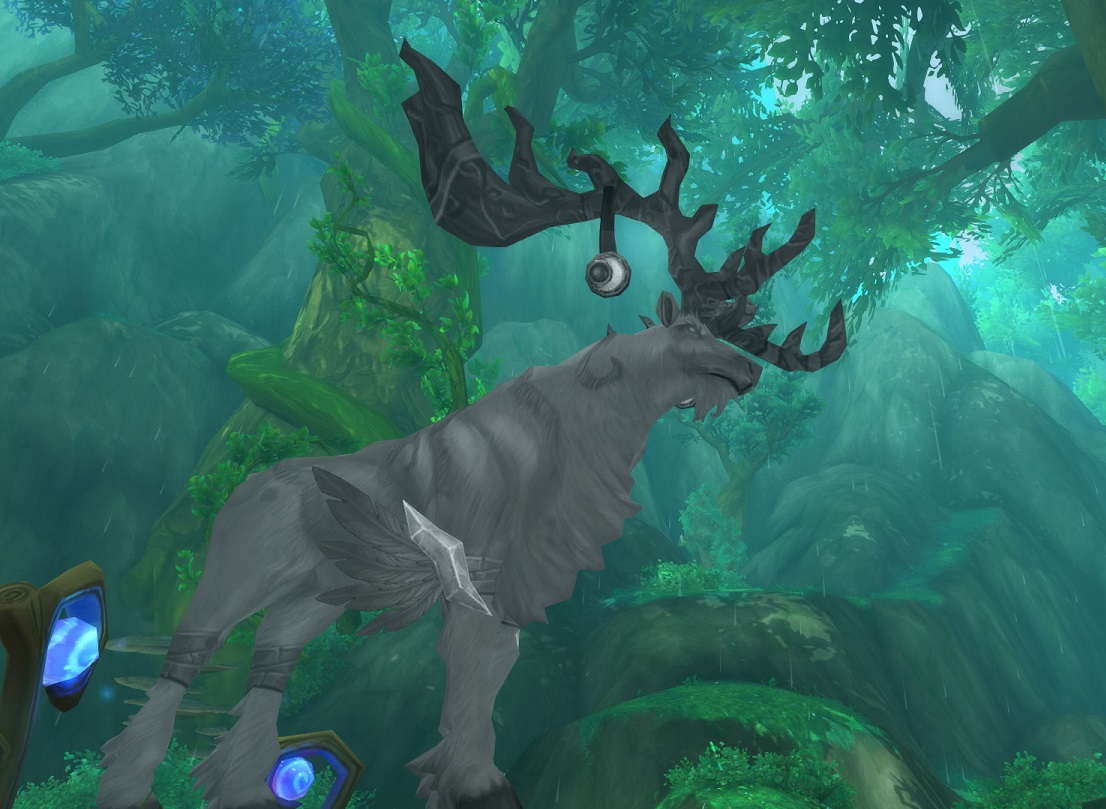 Overall, I am having a lot of fun with this expansion. It is probably the best that has been bought out for a while. It is good to have a storyline. It is great that subscriptions are back up and that Blizzard are realising the true potential of this MMORPG. Let us hope for more expansions like this. Blizzard listened to its players and created an expansion well worth its weight in gold (provided it’s not goblin).