The Witcher 3: Blood and Wine – A Grand Finale (Review)

For those who are on the fence about whether to play the second and final expansion to The Witcher 3 all I’ll say is this:

Blood and Wine is simply the best expansion I have ever played and greatly lives up to The Witcher 3 legacy. 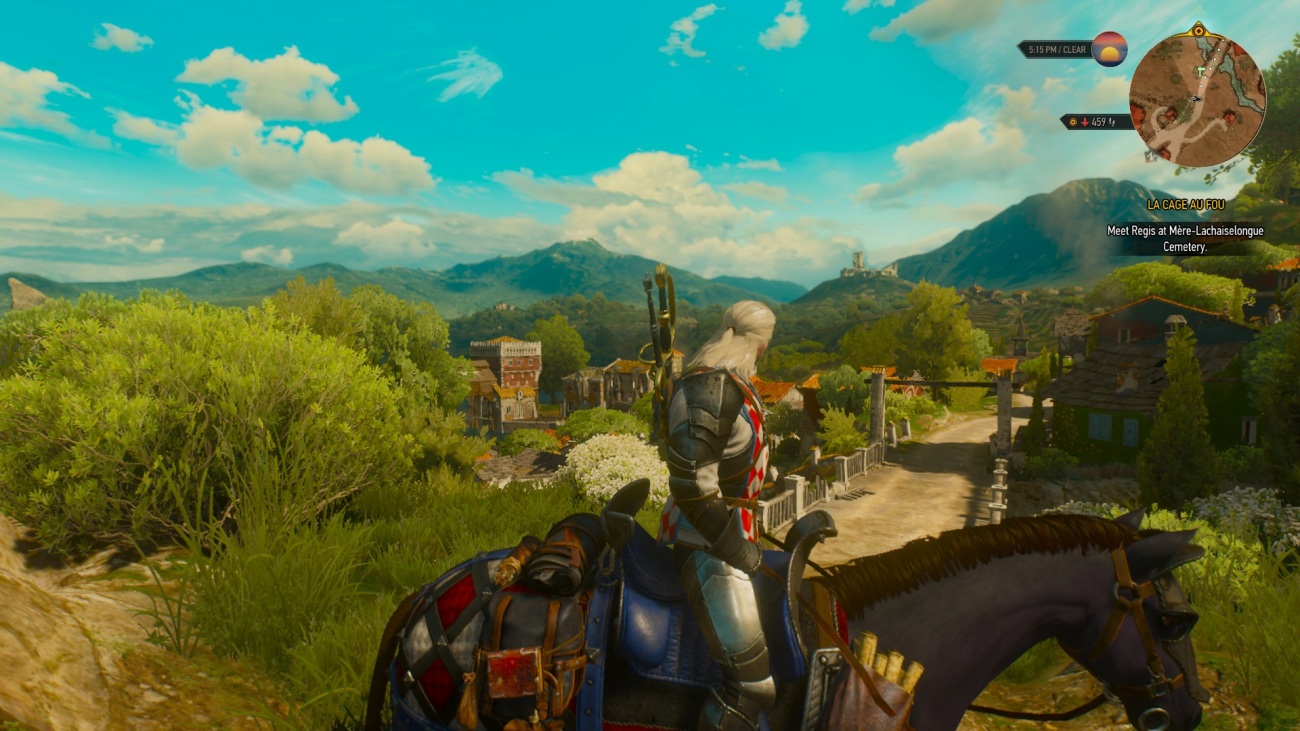 (Minor spoiler) Part of the early game allows you to determine your crest and become a knight,

Firstly, let’s talk about size. The first expansion, Hearts of Stone, was very impressive but ultimately one of its flaws was that it was set in the current base world. Blood and Wine improves on this greatly and gives you a brand new sizable world to explore. I’ve been playing this latest expansion for 20-30 hours so far and there is still plenty to do. Not only that, the new land of Touissant is absolutely breath taking. We are not talking about the muddy, temperate forests of Novigrad and Velen here. We have some truly magnificent looking vistas that are very reminiscent of the French countryside.

Next are the quests. A lot of the new quests are just an absolute joy to play. I think part of the reason for this is because you get the luxury of doing what Geralt is truly good at, solving massive problems and hunting monsters. For most part you don’t have to worry about protecting anyone else except yourself; there is no Ciri to worry about. This isn’t to say you don’t meet up with other important characters along the way though. There are still massive decisions to make and as a result you will have multiple endings during this amazing expansion as well. Certainly events from the main game provide amazing continuity with this latest expansion.

The new land is amazing and picturesque to look at.

The new monsters and creature designs are spectacular. Towards the end (no spoilers) I found my mouth drop open at the savagery and grotesque nature of one of the end bosses. The Witcher series has always had great monsters but this impressive creation was Dark Souls creature impressive and the boss fight certainly had a similar feel to From Software’s amazing series.

Then there is Gwent. I had never gotten around to collecting all the cards in the original game (something I intend to go back to) but this expansion also expands and provides you with a brand new deck to play with. This is complete with an associated quest-line to make chasing those cards easier and a lot more interesting and less of a drag to do.

The new land is to the far south and is huge.

On top of all this you also get to build up a Vineyard and actually live somewhere truly pleasant; a good break from Kaer Morhen. Plus there is new mutations to take advantage of as well that make Geralt even more powerful.

CD Projekt RED should be completely applauded for what is supposed to be the final Witcher game expansion. Blood and Wine truly finishes The Witcher 3 in amazing style and polish. To think you can get both expansions for half the price of a new game and the plethora of new content and how it adds to the base game is truly impressive.

Some of the caverns you explore give you occasional glimpses of the surface before you descend to the dark again.

Because of Blood and Wine I can safely say that The Witcher 3, including both expansions, is the best RPG game in the last five years. For me it has even surpassed the brilliant The Elder Scrolls: Skyrim. I’ve really enjoyed the open world nature of this game post the original game story-line and Blood and Wine expands and offers such a great experience I simply cannot fault it.

The amazing story, characters, graphics and sound just make the last hurrah for The Witcher 3 unmissable.