With E3 rapidly approaching I thought I’d throw out a few thoughts in relation to what might come soon from Frontier Developments for our favourite space-em-up Elite Dangerous.

This is all just me either guessing or wishing (I’m just a fan) so odds aren’t great of anything being true but it’s fun to see if I miss the mark by a wide margin. 😉

1. Elite Dangerous gets a big mention at Sony’s event

With the game arriving on PlayStation 4 soon after E3, it may be an opportune time for the game to get a mention during Sony’s E3 event. It’ll be taking advantage of PSVR and PS4 Pro so it makes for a great advertisement for their platform. And if it gets additional time up there, maybe some hints for the 2.4 update will drop too. 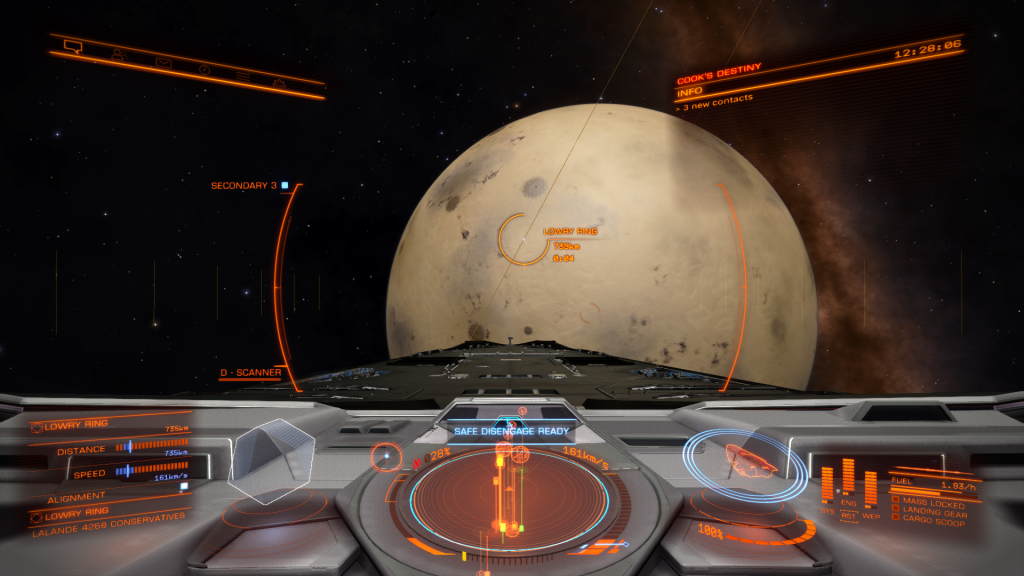 2. Alien incursions will continue to increase for some time

At the start of the year, aliens began yanking player ships out of hyperspace, leaving them defenceless as they are scanned and left alone. Just recently players discovered those same ships visiting the alien “barnacles” on planet surfaces, possibly using them to refuel. Whatever is happening, there’s bound to be a few more incidents occurring before the truth is revealed, but maybe we soon get a hint as to where Frontier are taking us?

It’s always possible that the big alien reveal won’t happen until right at the end of the planned multistage roll-out of 2.4 and end up being part of the next expansion… after all, they’ve been keeping players guessing for a couple of years already.

3. Open conflict may become the focus of an update

The prospects of an alien invasion that may or may not be the Thargoids has got players keen to mix it up in some full on intergalactic warfare. However before the everything goes to hell maybe Frontier will try easing players into it by introducing smaller scale conflicts between organisations or perhaps even go for a Federation versus Empire war. Having a whole new part of the galaxy opening up at Colonia too certainly gives scope for a reason for the big guys to face off against each other.

Currently these kinds of engagements are restricted to conflict zones but maybe they could be pushed out further to feel as if they can happen anywhere and anytime. Throw in two to three times as many ships and some epic moments might be possible.

4. Those Holo-Mes are going to have some places to walk around

The novelty of changing your in game character’s appearance (through Holo-Me) will soon wear off if there’s no where else to show them off except from your ship’s cockpit. Building out social spaces to enable this is likely to be a substantial bit of work and might still be some time away from happening if it ever does. Though with Frontier having already reworked ship cockpits for the 2.3 update, there’s always a chance that more of your ship’s interior may have already been modelled and could soon be accessible. 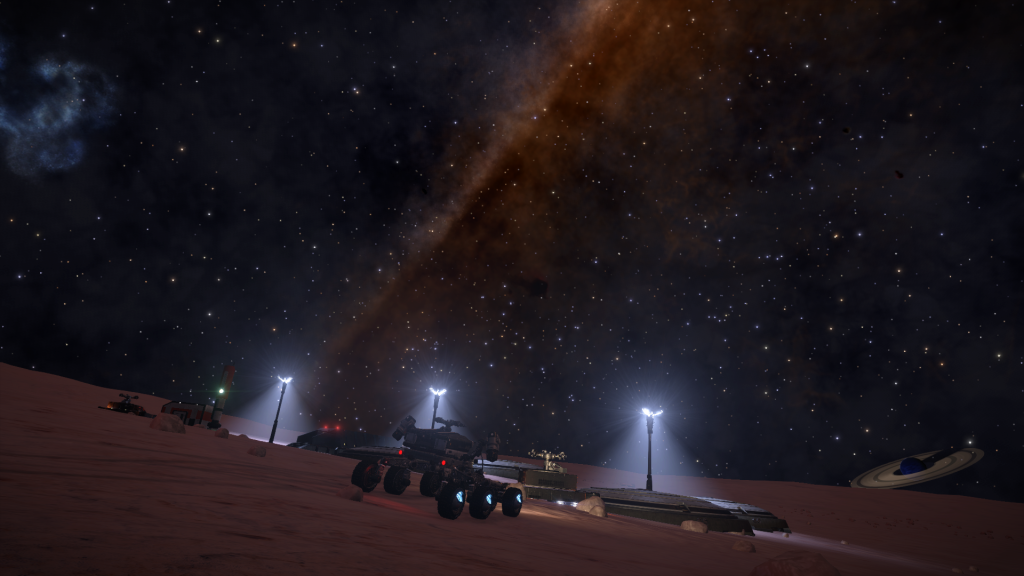 Being able to have your own squadron of SRVs? That could be fun…

5. You can finally crew your ship with all the people you hire

It’s a bit of a pain that you can only have one AI crew mate with you at any one time, especially if you have a big ship capable of launching multiple fighters. An update that lets players use all three of their hired crew at once (if you have a big enough ship) could be good for lone pilots wanting extra protection. Or perhaps even to be able to assign one to an SRV and send them away to mine for materials while you explore.

These are just my own thoughts in relation to a game that I am a big fan of. Do you have a game or franchise that you’d like to hear specific announcements for at E3? Feel free to comment or speculate below.