For the record I am a big fan of driving and racing games. I love games that put in you a sandbox world and let you explore the environment, while building up your collection of cars. Playground Games has been steadily improving their Horizon series and in 2018 we have the fourth game in the series. This time we get to drive around Great Britain. 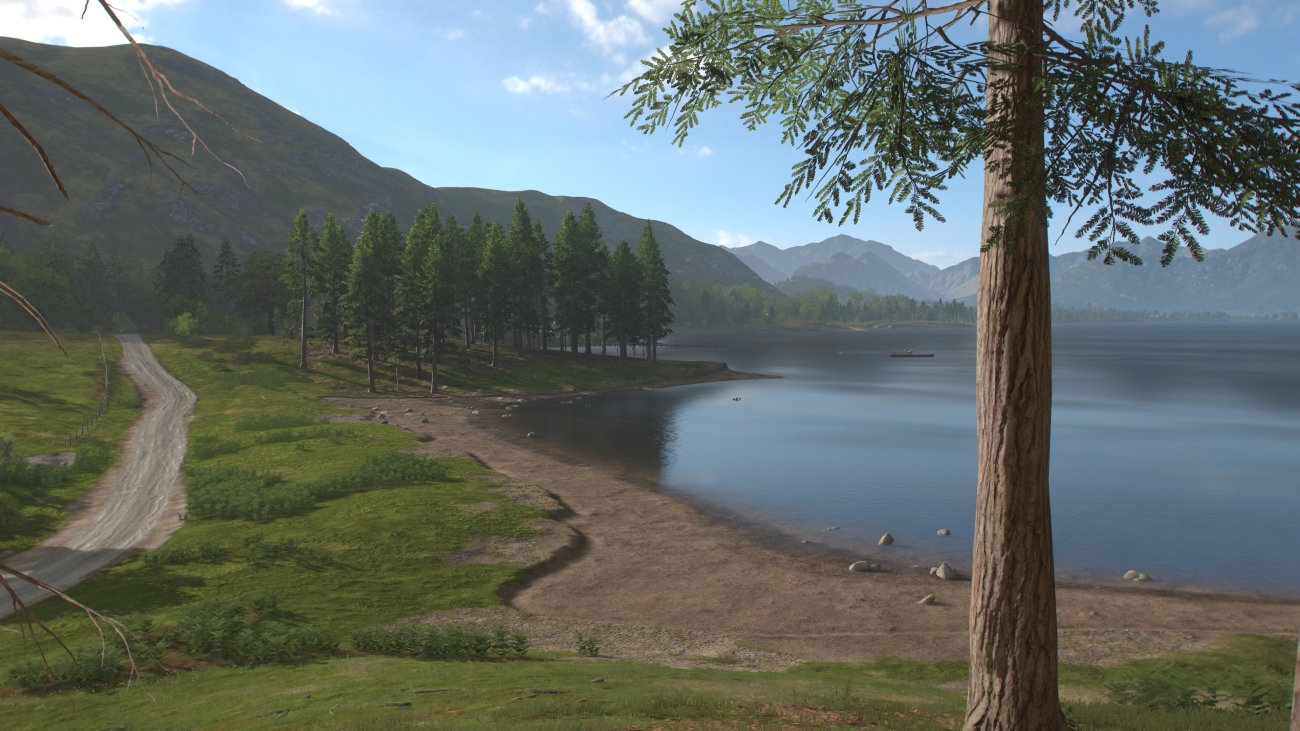 Yes, this is from the game and not a cut scene. How beautiful is it?

Playground Games are developing a solid reputation of being one A class developer (now part of Microsoft). Forza Horizon 4 is easily the best Horizon game to date and has some great ongoing social aspects and weekly challenges that will never leave you bored. I have played 30 hours so far and for me and still loving it. This is the only game I’ve played in the last four days.

Aside from normal Wheel Spins, you also have Super Wheel Spins. This one was one of my best spins, netting three cars, including a Forza Edition car.

What has been widely touted are the graphics, and they do indeed shine here. There are some amazing details packed into the game, and the much publicised four seasons certainly brings out some incredible looking detail. For those who haven’t been keeping up with the latest news on this game the Forza Horizon 4 world will change every week to a new season. Season specific events and challenges pop up as a result. This is no gimmick and the handling differences are quite amazing between the different times of year. The tuners might be extra busy with this game as they start tuning rides specifically to a season.

Playground Games allow such small detail. Those tyre tracks through the sand were caused from me, and they are real time persistent.

Once you get through the longish introduction to the game (2+ hours) and complete the run through of your first full cycle of seasons, the Horizon Life open world is at your fingertips. Even though playing solo is still an option, this time you can cruise around playing the full game with a server session of up to 72 other players. The other players are ghosted when you get close and this removes the possible rage inducing scenarios and you can still fully enjoy the experience. It actually feels so much more real having proper gamers running around and in some cases they can actually help you. Trying to find a barn find? Sometimes if you see a bunch of other players on a particular part of the map it turns out they are at a barn find. 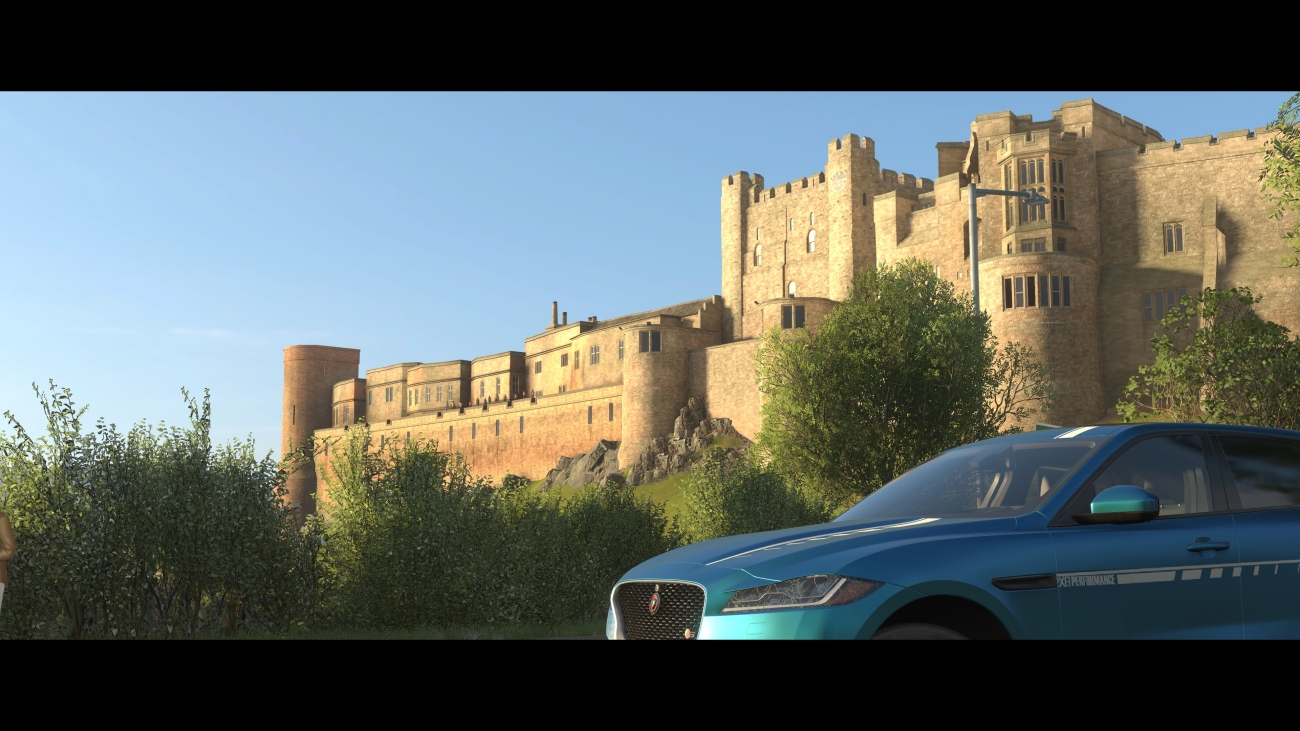 You can buy multiple properties in the game, including this castle.

Of course having real players in a session also means you can get close to them and challenge them to a head to head race as well. Forza Horizon 4 now has a simple D-pad chat interface so you can do quick text commands without use of a headset. There is also a lot more customisation of your character, and you can pick from quite a few presets, and then change their appearance via clothes and other accessories. These clothes are quite plentiful, and form the basis of some of the prizes from the wheel spins you get in the game. You can also add multiple emotes for your character to use.

Here is Night Owl doing a jig at one of the beauty spots in the game.

Properties can also be purchased in the world now, and these provide you with unique bonuses to help you progress. Some of the properties are quite expensive (15 million for example) and do give you more incentive to win those credits in events and races. The properties allow you to buy new cars, and customise your current collection. This saves you having to drive back to the Horizon Festival all the time. You can also set any of your owned houses as home base, which is handy if you want to complete a series of objectives in a certain part of the map. My personal hope is that at some point in the Horizon series you’ll actually be able to customise the property and walk around it (like the classic Test Drive Unlimited and more recently Grand Theft Auto Online).

Another property, this one a bit more affordable.

That is the great thing about Forza Horizon 4; there is just so much variety in what you can do. If you don’t feel like racing on roads then do something else, like cruising around and find various boards and roads littered throughout the world. Perhaps go and play some of the new story modes, like being a stunt car driver or assisting a blogger with some interviews. You can even own businesses in the game, like a Rental Car Service, and you get to try out some truly exotic rides. Completing these little test runs also improves your business, which gives you daily credits.

Night Owl on the PC Version
Forza Horizon 4 on PC has a pretty comprehensive set of tools for getting the absolute best from the game on your system, regardless of it’s configuration. To ease the process you can stick with the presets which run up to “Ultra” or choose to make fine grained tweaks to individual settings through the advanced options. A benchmark race can then be run to give you a measurable result which you can compare and decide which areas might need adjustment.
Performance-wise it looks like users can get close to an Xbox One X version running the PC version at 4K, High Quality settings and a capped 30fps. That was from a Quad Core CPU and a GTX 970 GPU so you don’t necessarily need the latest hardware to get great results. Bumping it up to “Ultra” saw my own machine start to dip under 30fps slightly while maxing out my GPU so I think anyone with 1080+ class cards from Nvidia should be quite happy with the results they’ll get from the game.

So is there anything I haven’t been too impressed with? Not much, and most things will be ironed out with a couple of post release patches. I found one story mission had some weird shadow effects through Edinburgh. Occasionally I had trouble connecting to Horizon Life (populated server) but it didn’t stop me from playing the game. There is the occasional bit of object pop in and slight pausing, but I suspect this was more from being on an online server than the game itself. I have no doubt Playground Games will be quick to fix these occasional glitches. 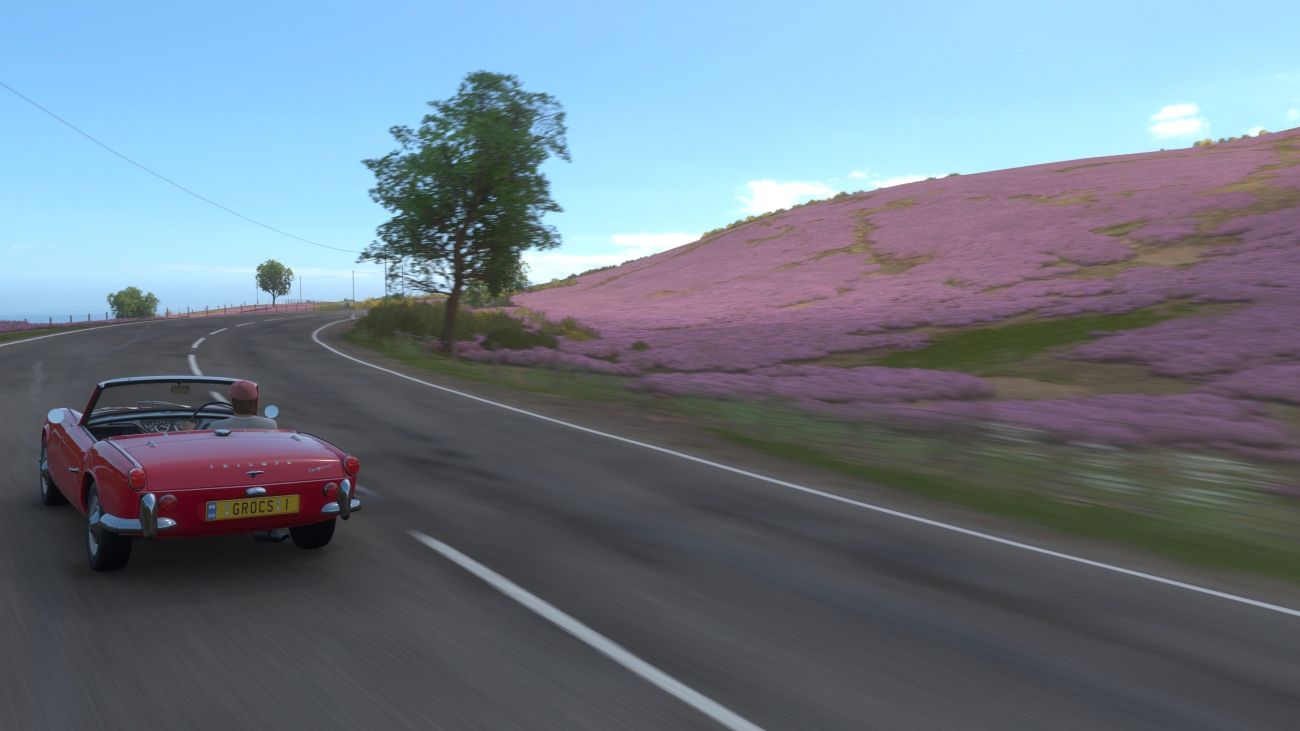 Even though Forza Horizon 4 reportedly has a map of similar size to Forza Horizon 3 to me it feels bigger. Perhaps it is because I live in Australia and I’m more familiar with Forza Horizon 3’s setting. Driving around seeing the sights in Great Britain feels like a much bigger world to explore. I think have the four different seasons definitely contributes to this larger feel too. Not counting the seasonal changes, there seems to be less drastic change in the scenery this time around but a lot more hills and mountains to drive. For me this Great Britain setting feels amazing and I really feel like I’m touring the sights.

As it stands for me so far this year, Forza Horizon 4 stands out as a genuine masterpiece, and a potential Game of the Year candidate. It is truly refreshing to see Playground Games continue to refine and improve an already great racing series. They have added some real cooperative and social aspects to the series. I think Forza Horizon 4 will be a Xbox console seller, and expect it will surpass its predecessor in terms of sales.

I hope to see you on the roads in Forza Horizon 4 soon.