Being a long term gamer (talking pre 2600 here), I had hoped to see my young son get into games in a too so I can share some similar experiences and show him a few old systems I had stashed away over the years.

The hard part I’d found recently though has been he’s so used to touch screen gaming and the numerous endless runner games that are out for those platforms that he thinks controlling games is all about a couple of swipes and that’s it. Hand him a controller with it’s multiple buttons, sticks and triggers and he’s confused and frustrated with how much harder it is to translate his movements to the screen. Hopes of co-op classic Halo in a couple more years were quickly fading.

During one of the recent Xbox Live sales, I saw that Coffee Stain Studios surprise hit Goat Simulator was cheap and decided to give it a shot on the Xbox One as I was admittedly curious about the story behind its creation. For those unfamiliar with Goat Simulator it is a game that started off as a joke on the PC but caught on thanks to it actually being a lot of dumb fun as you guide your goat through a sandbox map, blowing things up and generally finding out how far you can push the physics engine before its ends begin to fray. 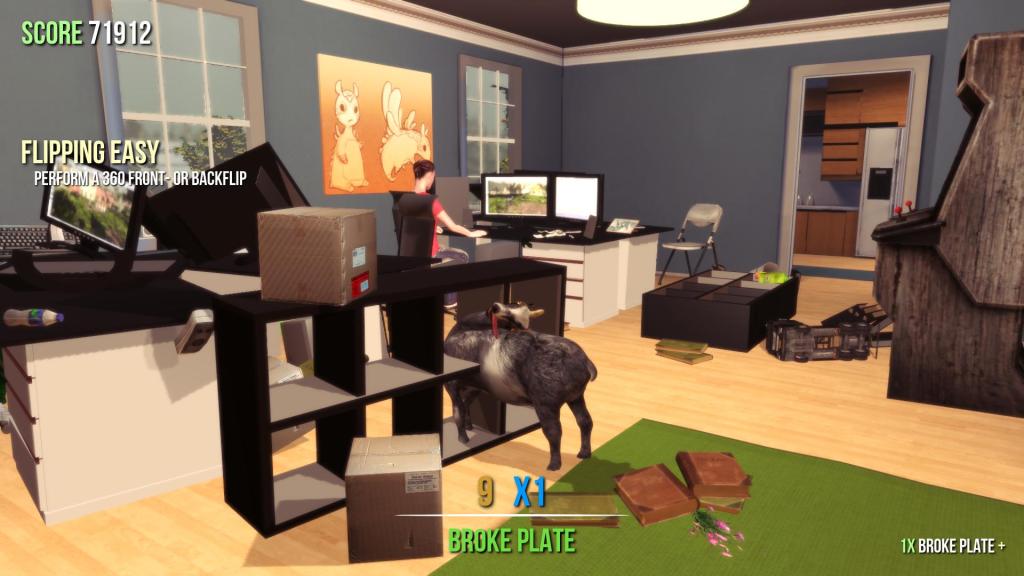 Things (and goats) appearing just plain wrong is all part of the game.

Seeing as there are no real objectives or goals except to see what you can do, I showed it to my son whose immediate reaction was to laugh at the goat going down a waterslide, ragdolling its way through the air. Next thing said was asking when it was his turn to play.

Though he again had plenty of frustrations with the controls, there is no punishment in this game for his mistakes and if he screwed things up to a point where he can’t find his way out, there’s a neat little respawn option that sends his goat back to a safe spot to start again. He still gets frustrated every now and then but once again that lack of punishment means he can just start a new game and the world is reset, ready to be messed with once more.

So far he’s been able to get a better understanding of twin stick controls and how one controls movement and the other the camera. Seeing how it’s taken him time to grasp the camera has reminded me that I too had trouble when I first started playing shooters with a controller.

The idea of separating movement to one hand and view to another is not a natural fit; it requires the player to translate their intended movement into two separate inputs (one for each hand) that need to be fed into the game at the same time. It requires a bit of practise and coordination for new users and I remember that I too needed time to adjust after years using a mouse and keyboard, which itself had its own learning curve. 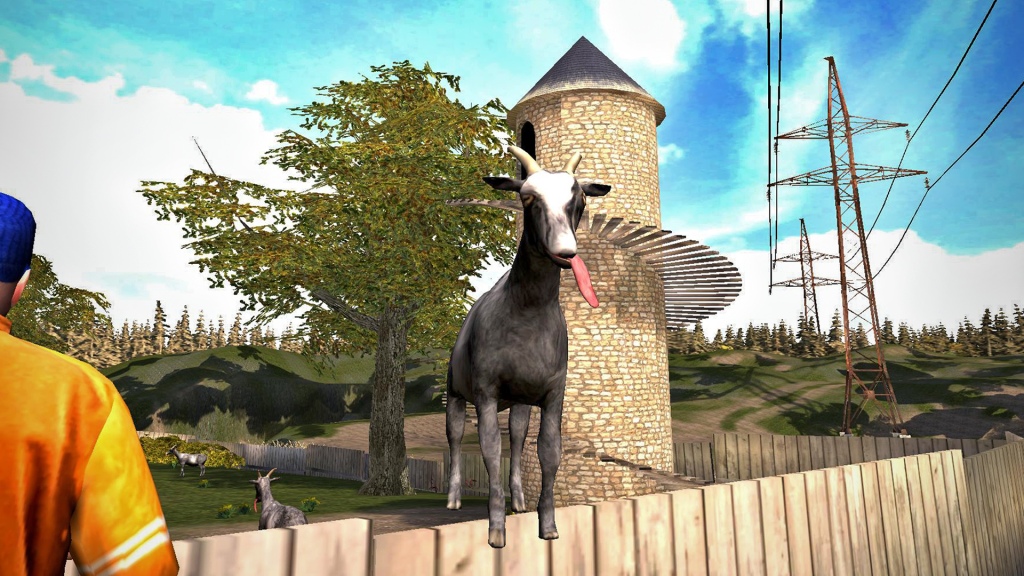 Touch screen controls are not as much trouble for a game that’s less about having finesse and more about doing dumb things.

A good middle ground has been to also let him practise using the iOS version which despite using those often maligned virtual controllers has given him a lot more confidence in playing. Especially with camera movement being just a simple swipe away on an iPad screen as it allows him to focus more on the movement side.

Best thing to come out of it? After finding something on the iPad he proceeded to jump on the Xbox One to show me something new. In this case it was an elevator that took him up to a rooftop club where Deadmau5 is performing; he then proceeded to head butt the musician off the building and hitched a ride on a firework rocket that sent his poor goat up, up and away.

Through that whole time, he was so happy to have discovered something that he could show his Dad and that he could do it all himself with his improving controller skills. I was pretty impressed too I have to say… next generation gamer on his way. 🙂

Goat Simulator is out now for PC, Xbox One, Xbox 360, Android, iOS and will be coming soon to PlayStation. More information can be found at the game’s website.