Seeing some of the cool things coming out of London for this year’s Star Wars Celebration, it makes me wish we see something like that make an appearance in our neck of the woods. It really looked like there was plenty for fans to get stuck into and I’ve been happily picking up every little bit of info I can online about what’s in store for the future.

One great reveal was seeing the movie poster for Rogue One: A Star Wars Story whose design takes a very different turn from the traditional style of Star Wars movie posters. When many of the most recognisable posters have come from single artist in Drew Struzan, whose skills have been put to great use across multiple films, you tend to notice when a decision is made to do something different.

Movie poster for Rogue One: A Star Wars Story

There’s plenty of recognisable elements in there that are then dominated by that massive image of the Death Star in the top half. All of it comes from stuff that has already been shown in the trailer and behind the scenes video so there’s no other big spoilers being given away which is good to see.

I think the decision to stray from the traditional poster style helps to reinforce that Rogue One is its own thing meant to stand alone from the other films. With there being discussion of the opening crawl being absent from the opening too, this movie is looking to be a very different Star Wars experience for everyone.

For those missing the classic Star Wars posters the following, which was used as part of the Star Wars Celebration marketing, will be exactly what you’re looking for. Made up of characters from both The Force Awakens and Rogue One it’s an awesome bit of work that deserves a lot of recognition.

I’m not sure who created the poster for the event itself, but it is definitely reminiscent of Struzan’s work (likely the intent) and would look great on anyone’s wall. 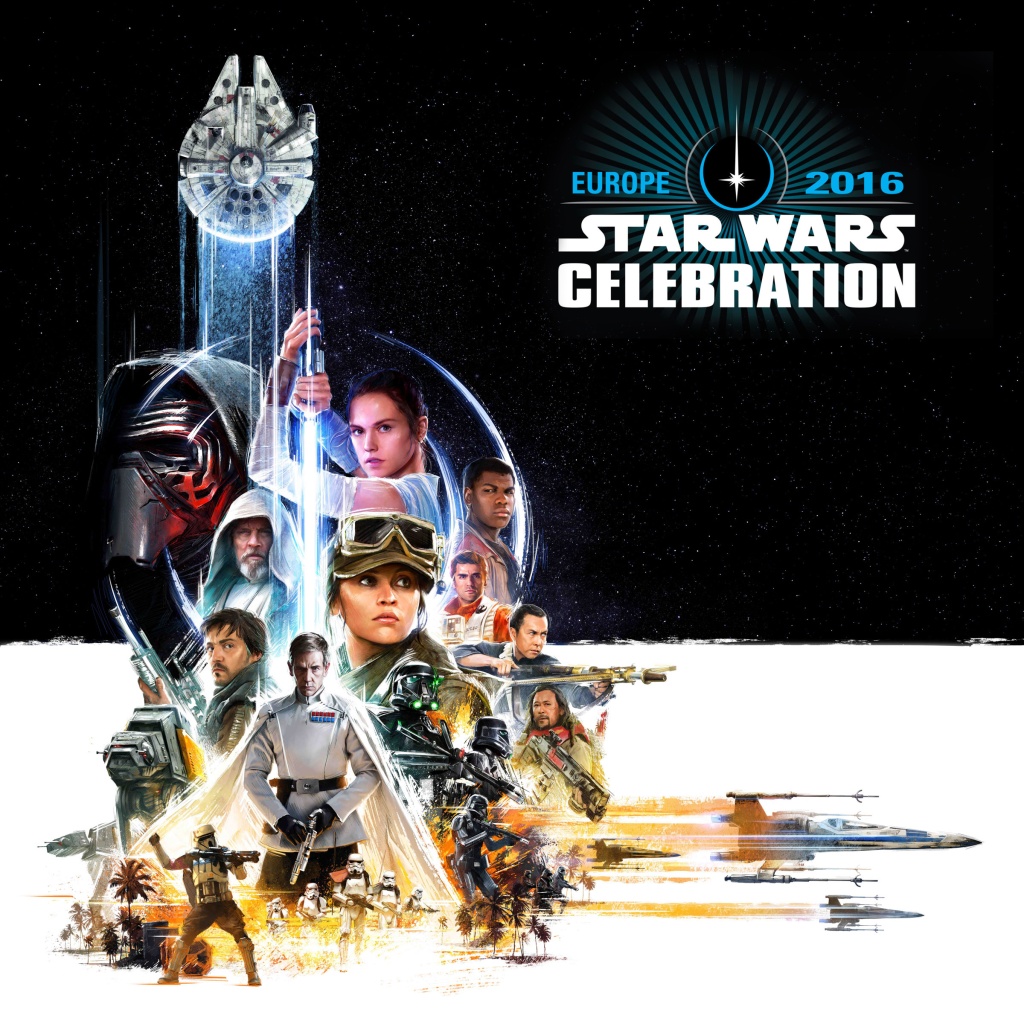 One of the coolest Star Wars posters I’ve seen in ages.

I’ve been a big fan of art from Star Wars for years now (especially Ralph McQuarrie’s work) so with more movies coming and more cool stuff like this… all I can say is I can’t wait to add a few more posters to my collection. 🙂