Revisiting old times with my Atari 2600

Instead of jumping through a few more boxes of Atari ST software, I ended up taking a brief detour and running a stock take of what I had collected so far for my Atari 2600.

My collection is fairly minimal right now – my parents bought the family one of the “Vader” models and two games (Space Invaders and Air Sea Battle) and though we played it a lot we soon moved on to a computer. 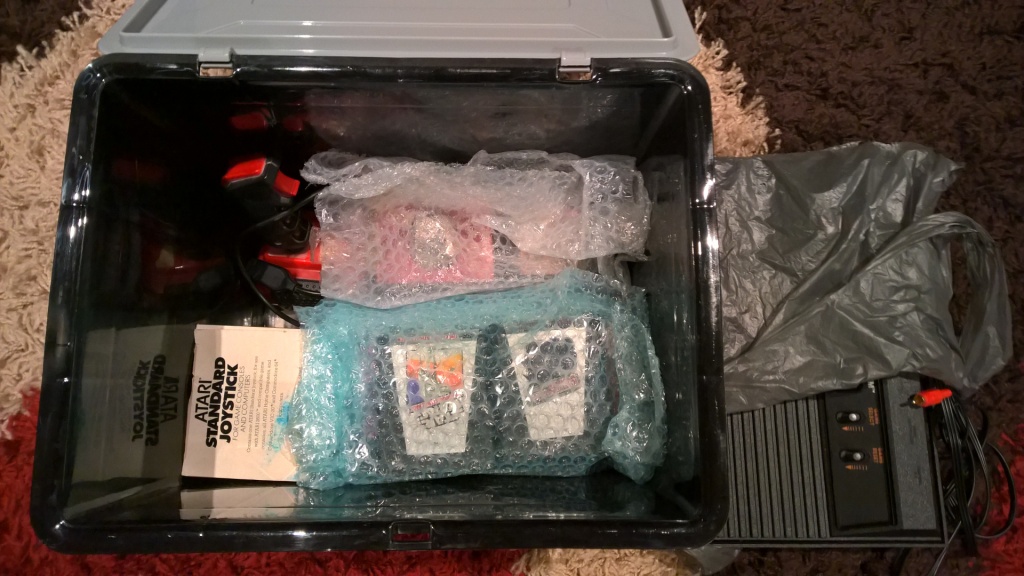 Thankfully they held on to the old machine and when I had an opportunity I picked it up and paid to have the old TV output replaced with composite connectors so it could be used on modern televisions. The other benefit is that the visual quality gets a decent boost in the process so if you know someone handy with a soldering iron it is a useful upgrade.

I had never paid to have a console modified and refurbished before so this was a new experience for me and I was glad to see my old Atari come out of it better than before. Even a loose difficulty switch was fixed up which made Tomcat (a flight sim on a cart) a lot easier to play. 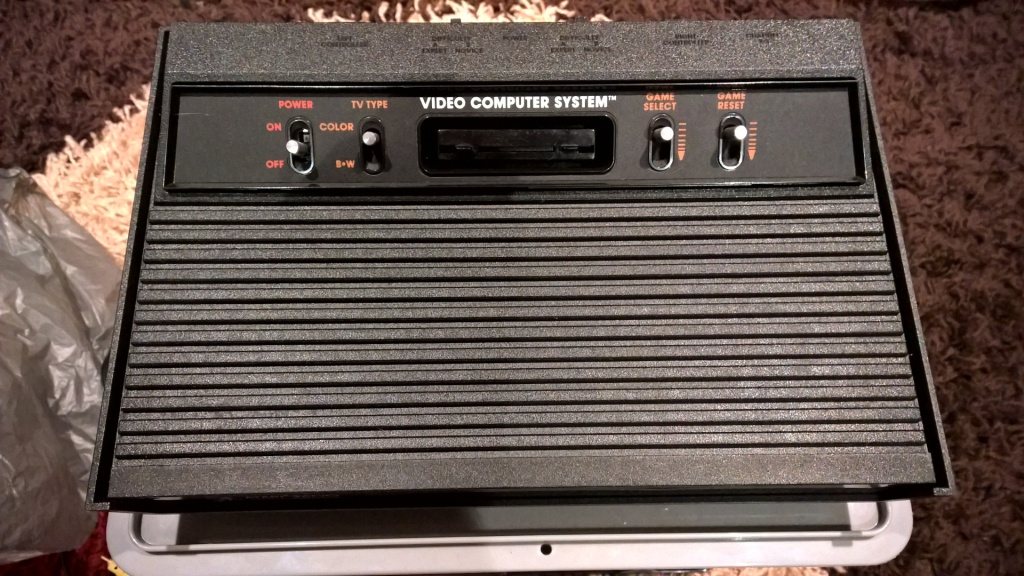 My Atari 2600 “Vader” console… even after all these years it still works perfectly!

Though my collection isn’t all that extensive (ie. it’s tiny), I was happy in that I was able to find enough of what I was after on eBay to be pretty happy with the result. And even if the cartridges themselves are a little banged up, the majority work perfectly. At least the ones I want to work perfectly do… 🙂

Being able to have both Pitfall! and River Raid was a big deal for me. To also get a relatively cheap copy of The Empire Strikes Back was icing on the cake though I had forgotten just how difficult that game could be sometimes. And then you have Asteroids which is a surprisingly good take on the original game, considering the hardware limitations.

There’s still a few more I’m going too keep my eyes out for such as Solaris, Pitfall 2 and H.E.R.O. but I can hopefully take my time in getting those. But most eBay sellers do tend to sell in bulk now so you do end up taking a ri sk and getting a lot of additional carts in pursuit of your favourite games. 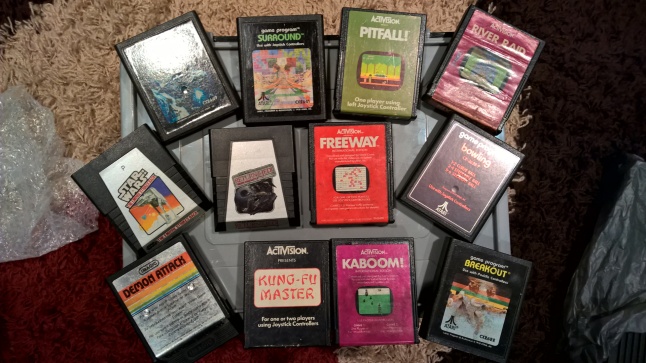 I also accumulated a few joysticks as well and I was happy that one of them was a boxed Atari issue CX40 joystick and that the other was one was an absolute favourite of mine in the Quickshot II Turbo.

Back in the 8 and 16 bit eras, that joystick was one of the best and most reliable you could find with solid switches, an ergonomic grip and a handy turbofire switch. Even after buying numerous alternatives, nothing stood the test of time quite like the Quickshot. I actually used it on two generations of Atari computers as well as the 2600 so it has served me well.

I also have a pair of paddle controllers from a computer purchase a few years ago which work well with Breakout and Kaboom! (brilliant game!). Hopefully I can come across Indy 500 and Super Breakout as well in my online shopping travels and get more use out of them.

A couple of joysticks including the standard Atari model and the legendary Quickshot II Turbo.

One thing I always though was cool is how most 2600 games had that attract mode (waiting for players to start) that would flip colours. I know it did have a reason for existing by reducing the chances of screen burn-in on older televisions but it was still a neat effect that I can’t remember ever seeing done on another system. I had watched the colours shift in Space Invaders for such a long time…

Though it’s the smallest part of retro gaming collection I have a lot of fond memories of the Atari 2600 and playing those games with my Mum, Dad and brother. That we can revisit that same experience more than thirty years later is pretty cool to think about. 🙂