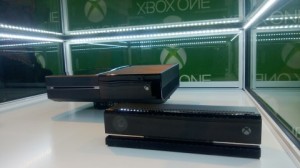 No more consoles in glass cases any more.

So, with a busy three days ahead of me I’ve got my gear all packed and ready to go in the morning for the first day of the Penny Arcade Expo (PAX) in Melbourne, newly crowned winner of the 2016 award for best drunks at a horse racing event.

Xbox Live’s Major Nelson is providing this year’s “storytime” keynote in the morning and it’ll be interesting to see if Microsoft and Xbox also have a stronger presence on the show floor this year after Sony’s superior effort in 2015.

With PlayStation VR out and PS4 Pro coming within days of the event, you’ve got to think they too will be out in force. Unfortunately, this time around they can’t fill their stand with Disney Infinity figures.

The big shame is it is likely to be too soon for the Nintendo Switch to be shown but odds are good that a NES Classic or two will be around for people to check out. No doubt those will sell by the truckload.

Panels are keeping me busy on the first day but I’m hoping to visit more of the Expo Hall in the subsequent days and take a few pics to share too. Planning to post about my experiences in the coming days.