So after a long wait Mass Effect Andromeda is now out as a trial via EA Access for Xbox One and Origin Access on PC. This allows you to play ten hours and hit a certain point in the main story so that you can get a taste of how it is shaping up. The full release of the game is out next Tuesday, the 21st and 22nd March, depending on where you live.

I’ve played about 9 hours now and the first thing that struck me was that it did take a while to get into. This is not a game that will necessarily draw you straight away. I actually think in part is it due to the fact we grew to love Shepard as a character through the whole Mass Effect trilogy and the new protagonist and plot line leading him / her just feels a bit boring by comparison.

The other thing that really struck me was how time hasn’t helped the facial animations, indeed even the character animations in general. I customised my character and have already talked to plenty of people in my 9 hours play and I’m finding the facial tech just doesn’t hold up as well as it use to. I don’t know if it is Frostbite engine, Bioware’s use of it or that fact that we have since had a world class RPG out for over a year in the form of The Witcher 3. I think I may have been spoiled by The Witcher 3: Wild Hunt in its portrayal of characters.  The detail looks really good but perhaps it is the close up camera angle or something but I just didn’t feel fully sold on the facial models.

On one of the planets I also noticed a bit of pop in with regards to the landscape and textures. If ever there was a game that needs a powerful PC (I’m playing on the Xbox One) then this would be such a game. I cannot wait to buy a Scorpio and play this in more detail on that platform. Having said that, the Xbox One version is no slouch and does look gorgeous at times. 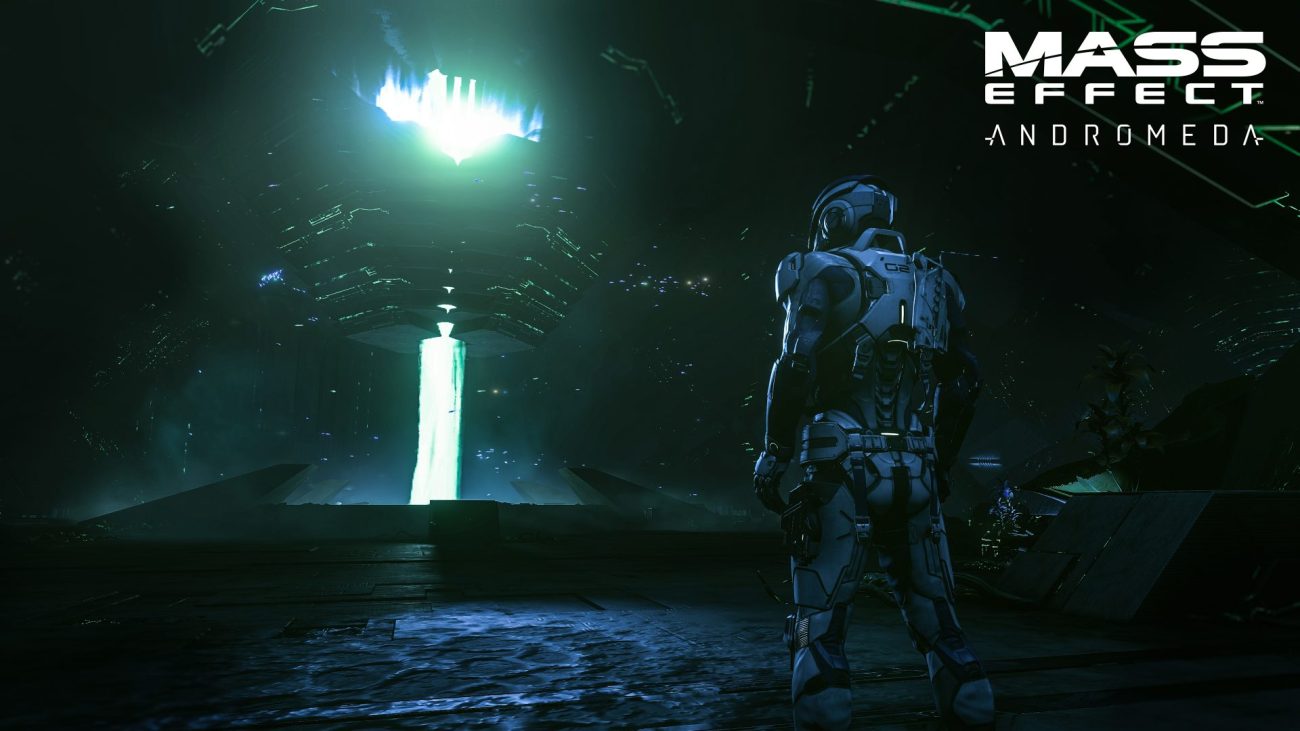 Okay, enough of the criticism. Is Mass Effect Andromeda true to the Mass Effect universe? I can safely say that once the game gets underway the story and universe starts to really open up and it definitely feels like a Mass Effect game. The dialogue is still great and the various alien species look fantastic.

The role playing aspect of building your character is also excellent and you will be able to do some interesting modifications almost on the fly. I don’t want to delve into this right now because it may give away some plot points but the customisation is definitely further enhanced with the latest game in the series.

I found once you got past the opening start to the story and got through some of the tutorial mechanics the game really started to draw you in. The last 5 hours of my playtime went very quickly as I became engrossed in exploring a planet. While the verdict is out on just how good this game will be I have hope that it will sit next to the original trilogy like a proud member of the family.

My advice – certainly give it the 10 hours playtime the trial has to offer. It may not grab straight away, but when it does. you’ll know you’re in for a ride.