In 2017 it was Sledgehammer Games’ turn to make a COD game and at least we are back in familiar territory with World War 2. This is a welcome return and the game is all the better for it. After the very disappointing COD Black Ops 3 and COD Infinite Warfare it is great to be back in a historical setting again.

Multiplayer has improved a little with objective based modes available now, plus a neat lobby system. Just like other games there are loot crates to earn and get as well. Just to clarify, I have always preferred Battlefield multiplayer over COD. COD always had the right idea with putting bots in the rooms to fill them up though, and this still occurs in Call of Duty WW2. 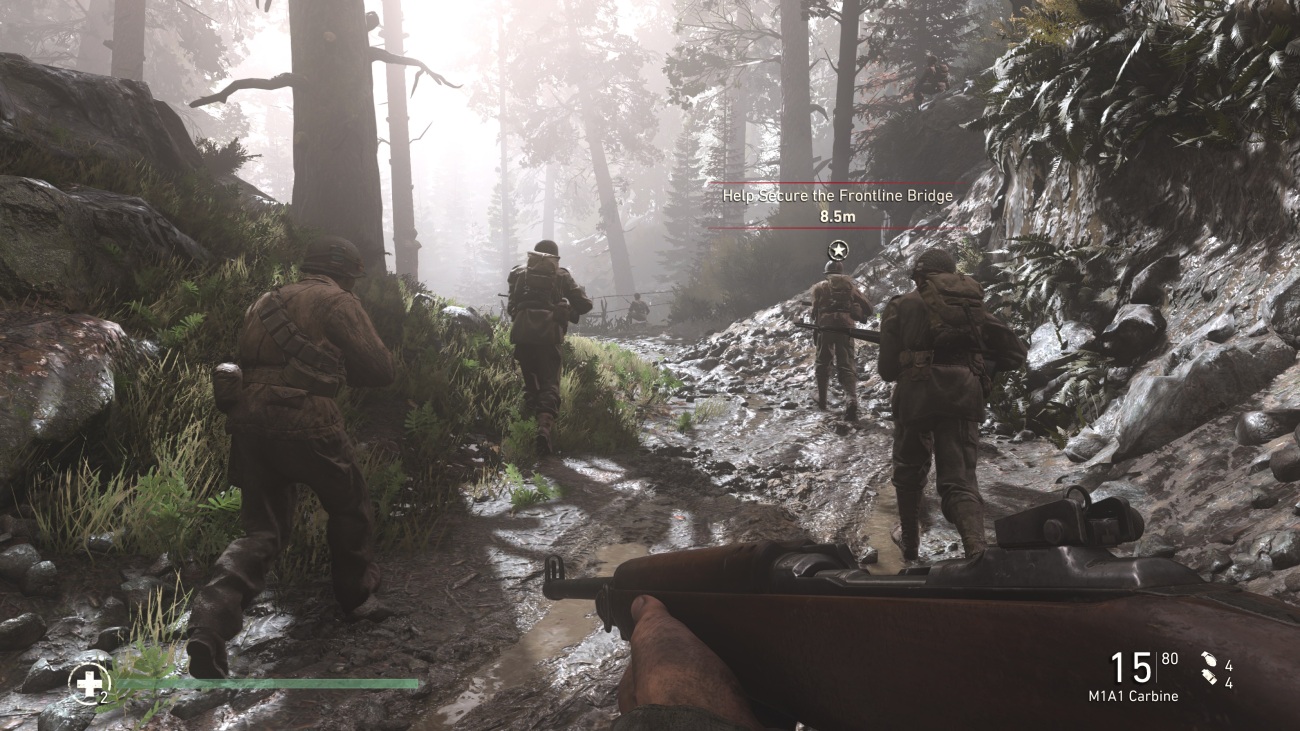 You’ll often travel with a squad in the campaign, and you can request ammo and health from your fellow squad members.

The Zombie Mode makes another return, and even though this is good for a quick diversion it doesn’t really mean long lasting co-op for me. They have scaled zombie mode much better now though, which is a great addition.

So that leaves the campaign. To be honest the campaign is a little slow to start and at times feels like you are in a Michael Bay movie, instead of a sombering tale of war. But as the campaign progresses there are some truly genuine emotional moments, and this elevates the campaign to be really decent overall.

Some really good moments that set the grim scene well.

The story centres around a young solider named Daniels. For most part the campaign is his story. One of the plot devices involves watching a growing tension between two of his superior officers. This part of the story is not unique (as it has been made very famous by the movie Platoon), but it is still a very effective narrative device. In the end, despite a few gung-ho moments (this is COD after all), there are some great emotional resonating moments.

I must admit even I was surprised at this. One such moment wasn’t even scripted. I had just cleared out a tower full of Nazis and was walking back down when I noticed one of the them hadn’t died straight away. He was leaning against a post with a gunshot wound to his stomach. After pleading with me in German, which of course I didn’t understand, he finally succumbed to his mortal wound. This bought me back to reality a little, because there are consequences to your actions. It is moments like this too that you momentarily forget you are playing a game.

One of the highlights and a very tense scene in the game.

Further evidence of this well executed campaign involves one of the best missions. It involves infiltrating a Nazi compound, and you are a French resistance agent. The stealth sections in this game are also excellent. The graphics and sound are amazing too. Running this game in 4K and HDR is a visual feast for the eyes. The bullets whirring past your head and explosions rocking your senses impart a huge impact too.

The only gripe I have about the campaign is the weird default controls (and no easy way to change them) for the one flight section in the game. It was quite painful to play, especially in lieu of Battlefield‘s excellent flight mechanics. I wasn’t fond of the occasional quick-time event either that popped up, nor was I fond of some repetitive heroic moments, where you have to drag a wounded ally solider to a safe location. It would have been fine to do this once or twice but multiple times in almost every mission? 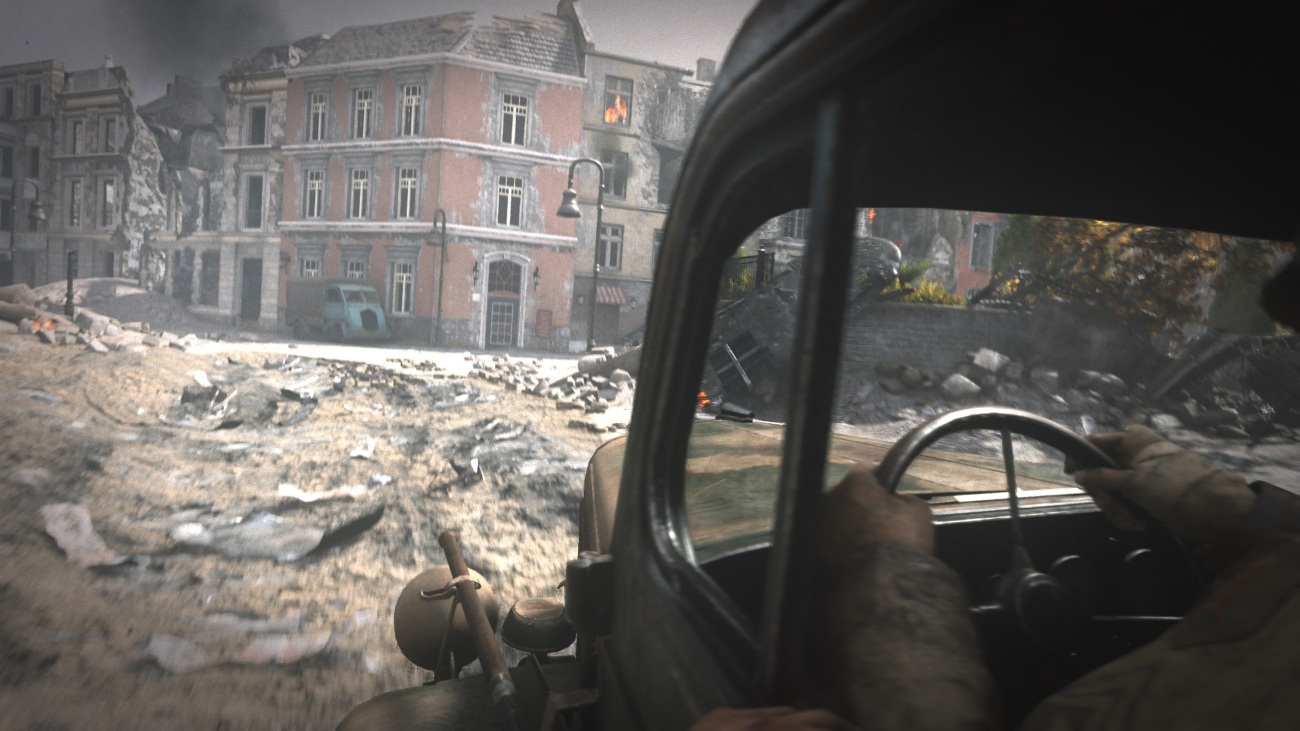 The aftermath of war is seen everywhere and does not dilute the destruction World War 2 caused.

In short though – the campaign is excellent. If you like COD multiplayer, then this game is a must have. If you are only interested in playing it for the campaign, it is still worth getting, but perhaps it might be worth waiting for a sale. The return to World War 2 is certainly a good move and one of the better COD games in the last few years.

Sledgehammer Games going back to Call of Duty’s roots is what we have been waiting for.