Just a brief update this time. With the power supply on my C64 doing it’s own crazy thing after my rather futile attempt at fault diagnosis I was fortunate to get in touch with a local expert in the field of repairing these machines.

The power supply is a complete write off and I’ll need to source a replacement but he was able to take a look at the computer and it turns out it was the CPU that was the cause of all my problems. It was as dead as a very dead thing. After a replacement the C64 was back working again. On top of that though there’s been some additional servicing that included some neat heat sinks for all the main chips plus fixes to resolve issues around the keyboard and SID. It’s more than I could ever ask for and means the machine is in a good state for the long term.

Now I just need that replacement power supply. There’s a couple of people online who have built replacements from scratch that avoid most of the issues with Commodore’s own design (in that they were rubbish) and are considered the only choice if you want your machine to last so I’m trying to chase one down that will work with little hassle here in Australia.

So that I have something ready for testing I found an International Soccer cartridge going for a bargain basement price on eBay. It might not be considered a prime example of the best the C64 can do but I have fond memories of playing it at a friend’s house back in the 80’s when I first saw the machine in action so having my own copy seems appropriate.

Fingers crossed I will have something more to report soon and hopefully pics of it actually working too. 🙂 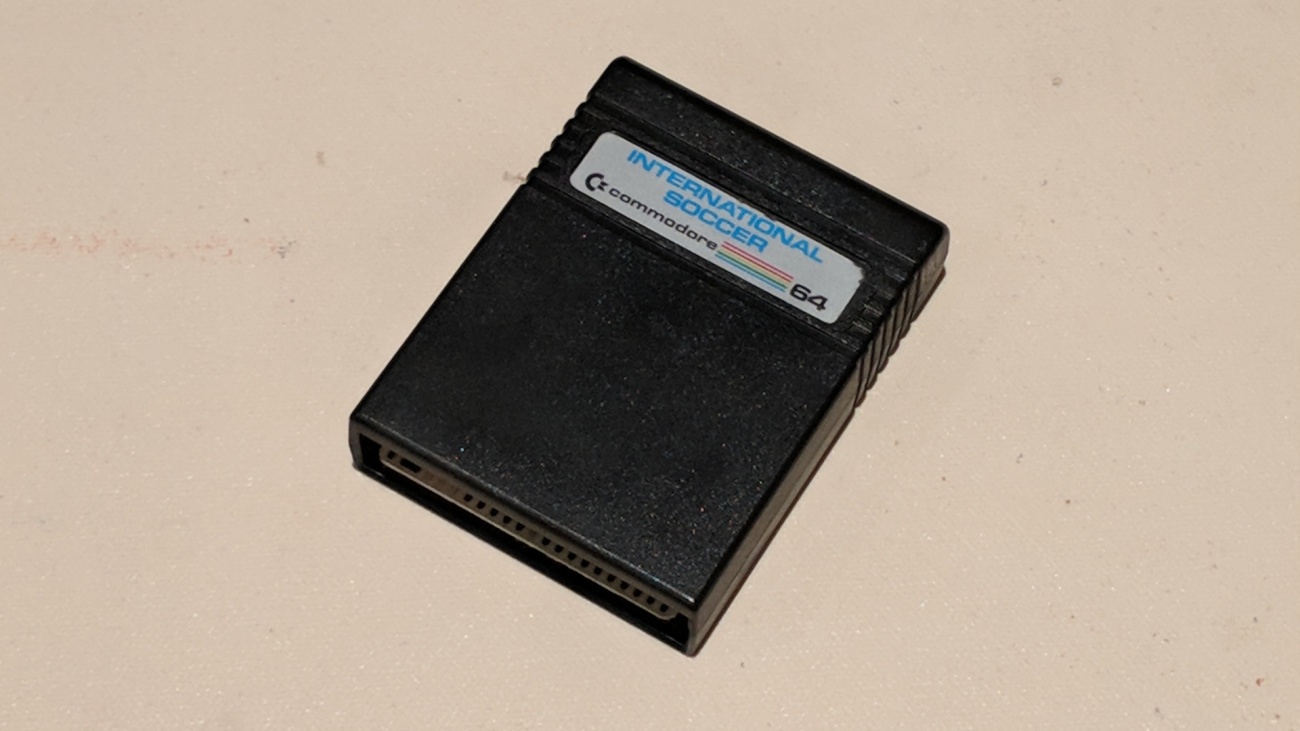 Very much an oldie and a goodie in my eyes. 🙂