I picked up the Gold edition of The Crew 2 and have played about 20 hours of it so far. Looking at various gaming feeds it seems to be getting mixed reviews elsewhere so I thought I’d also provide my take on the sequel to The Crew.

Starting up first is the graphics. On my trusty Xbox One X, they look fantastic in native 4K, but surprisingly no HDR. The world looks vibrant, and the lighting is excellent regardless. Sure, some of the textures aren’t that high, but it still looks like a great looking game this time round.

The car vehicle models are excellent.

The sound is also fantastic, and the muffler pops and wind up of the various engines is great. Gone this time around is the clunky story, and this time we have a simplified become the best all round racer in the USA. I have to say that the voice over work is pretty painful at times. Not quite as bad as Test Drive Unlimited 2 but still not as good compared with the Forza Horizon games.

The main goal is to get more followers and earn cash to buy bigger and better vehicles, including cars, bikes, planes and boats. The vehicle roster is quite impressive, and a lot more varied than the original game. I noticed a couple of obvious brands you see in almost every other racing game missing though. like Subaru and Toyota. There is still plenty to race and enjoy though. 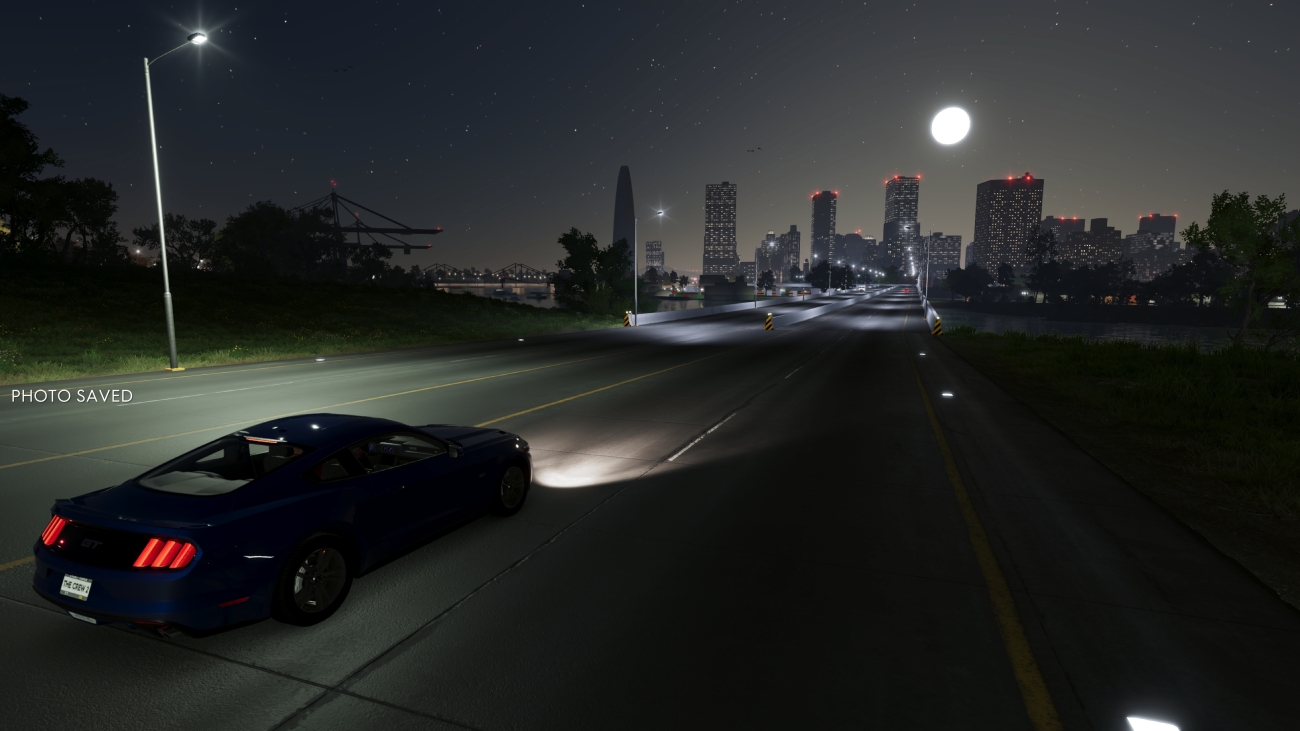 The day / night cycle has some great lighting. I do wish you could turn on your headlights manually though.

There are four main schools of racing, and combined you have fourteen different disciplines. This can vary from Street Racing, to Jet Sprint Boats, to Monster Trucks. A lot of the additional disciplines we had in the original game has made a tweaked return. They are good fun too. If you get through about 70% of the main school’s missions, photos and stunts, the boss unlocks, and you’ll have to race them to become king or queen of that school.

I think each of the disciplines are quite unique, but I particularly like the Motocross and Hyper Car events. The Motocross events are excellent fun, and the Hyper Car events are long and rewarding when you win. Keep in mind though that there is no rewind feature. If you crash towards the end of one of those longer races, expect to have to run it again. This can be offset though if you race in a crew though. As long as one of your crew meets the objective you’ll all get through the race. 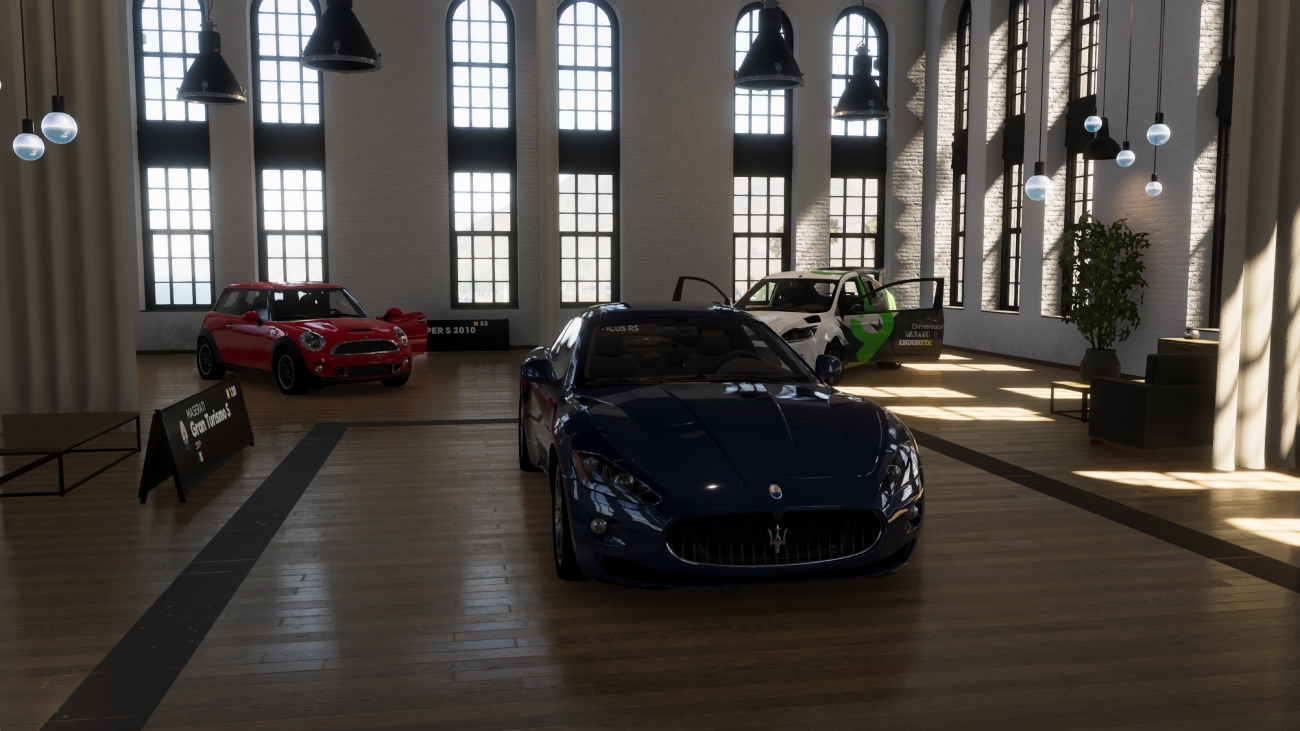 As far as I know you only get one house (unless you have the Gold edition). The plus side is that as you become more popular you unlock extra floors to the house for your cars, bikes, planes and boats.

In terms of accessibility, you can now just fast travel to each event on the map, or set a way point if you would like to drive. The game also has a menu that allows quick access to all the events too, which will be handy if you are trying to beat your friends’ scores. The upgrade system is pretty similar to the original game, and micro transactions are also apparent. You do seem to earn money at a reasonable pace though, so you shouldn’t have too much trouble buying some decent vehicles to race / boat and fly around in. The livery editor for your vehicles is quite excellent, and allows you to really customise your ride. There are cosmetic customisations available for all of the vehicles and that is also fantastic.

Now onto a weird omission. At launch there is no PvP at all. This has to be the strangest design decision I have seen in a while. The Crew 2 has this huge open world and you can’t even race random gamers in either an impromptu race, or a set track. Even the original game had set PvP lobbies. One of the features from the original game I really liked was factions, but that is completely absent as well. Skills make a return, and there are photo opportunities now too, which are quite good. Ubisoft have also confirmed that PvP is coming in December, but that is a while off.

The graphics are pretty damn good, considering the size of the open world (takes about an hour of real-time in a fast car to go from East to West coast).

The good news though is that there are major patches coming out for the game every three months, and they will be free. The season pass provides more cars, a bonus house and a couple of other bonuses, but all main content in the game will be free. This is a great decision by Ubisoft, and they seem to be following a few other developers that are also considering this approach in order to not split the player base.

I think there is a lot to like about The Crew 2. The story, graphics, sound and polish overall is much improved over the original game. It is a big shame that PvP isn’t out until later in the year, but there does seem to be plenty to keep you occupied. I am hoping future updates might allow you to set your own route for racing with friends in, plus the ability to create your own interesting races, but time will tell. I’m enjoying the re-designed open world, and I look forward to seeing what further improvements will be made. The Crew 2 is a good, fun arcade racer that improves on the original game..