My time during the first day of this year’s Penny Arcade Expo was a lot more relaxed compared to last year. I had initially planned on rushing though panels and the main exhibition hall on the first day but did the opposite approached it in a more relaxed fashion. 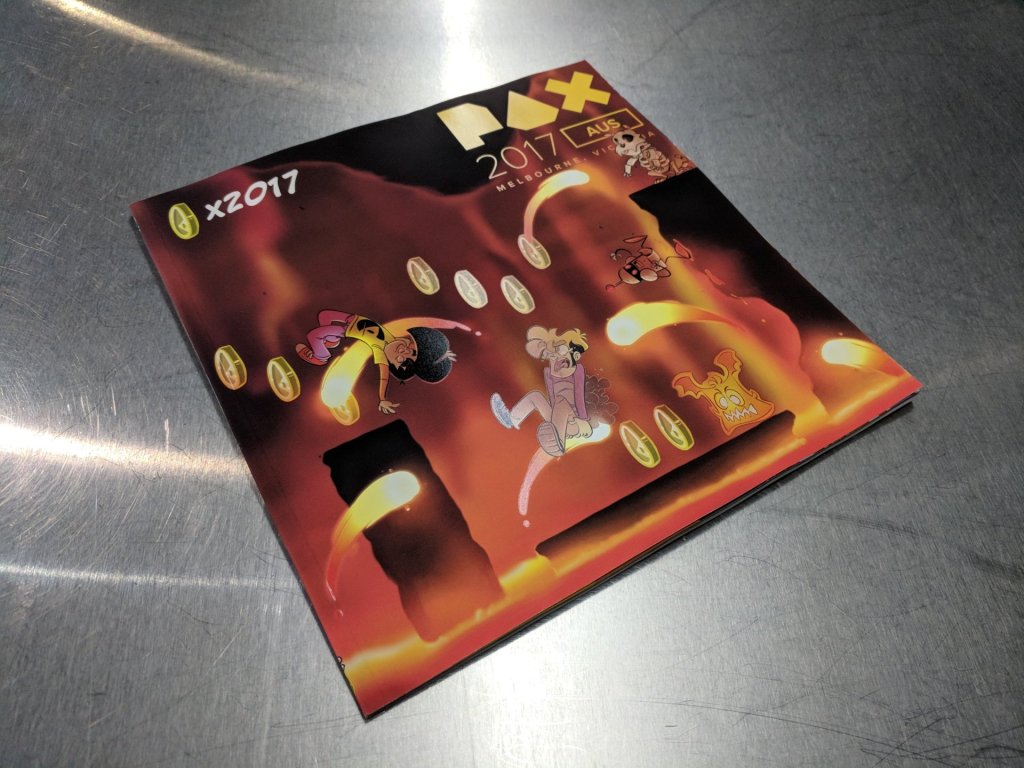 Always a great momento to keep from each year’s event.

The weather in Melbourne this weekend was forecast to be sunny and its off to a good start on this first day. Though most visitors will be spending their time indoors, plenty of incentive is there to enjoy the surrounds too.

I made a quick run through the main hall between panels and it’s hard not to notice just how understated the Xbox booth is compared to the others. For a company that has a major console release only a couple of weeks away it was surprising to me there wasn’t more done for it. Stations were using development kits for a pile of games on display and PlayerUnknown’s Battlegrounds had a big presence too but you literally had to be standing inside the booth to realise.

I did find out later that Microsoft had hired a local landmark for Sea of Thieves which might explain the smaller presence inside. Turns out they also have another interesting event for Xbox One X, just not here. I will have to see about lining up for Rare’s new game and all its piratey goodness during the next two days.

Of the PlayStation and Nintendo booths even though the former was larger I did find the latter much more appealing. I don’t know if it’s because the Switch is such a fascinating and inviting piece of tech that I’m surprised I don’t own now or because the Nintendo booth was so bright and cheerful compared to everyone else’s but it seemed to attract a lot of people. Definitely need to spend some time in both of them.

It was four panels in total for me today, starting off with the story time opening keynote which was presented this year by Rooster Teeth co-founder Bernie Burns. It was a great to hear what he had to say about how the team behind Red VS Blue carved out their own little bit of turf on the Internet. Like Penny Arcade they built on their early successes to produce a brand that now delivers to a much wider audience.

After that was the first of the Penny Arcade Q&A sessions which are slowing moving towards the realm of challenges to stump Jerry and Mike (PA’s founders) with bizarre questions. Always entertaining if a little predictable now.

Next was a panel in the afteroon titled “Platform Paradigms: What does the future of console gaming look like?”. With incremental updates to Xbox and PlayStation, the Switch playing by its own rules and PC’s thundering forward as they always have what’s in store for gamers? No one really knows. As much as it appears things change they still seem to be the same as it’s always been with video games.

The last session for my evening was PA’s Acquisitions Inc running the game Star Wars: Edge of the Empire. It’s been an eternity since I’ve last seen any kind of tabletop RPG in action so this was a pleasant surprise and I appreciate Dark Elf recommending I check it out.

The first day of PAX for me is always about the opening keynote and then kind of winging it from there. It was even more so this year with me taking a few more breaks between sessions and not rushing through everything from the beginning. I’m here for three days after all and I’ll try to actually look at some games too. 🙂