Firstly, I’d like to wish all The Late Night Session readers happy holidays and hope you have a great new year. I’ve been enjoying a fair bit of gaming and one of the recent games I’ve finally finished playing through is Star Wars Battlefront II.

A month or so ago EA and DICE released Star Wars Battlefront II to the gaming public. Even during the EA Access / Origin Access early trial many gamers were dissatisfied with how the loot crates were promoted in the game using real money. This in turn ended up overshadowing (justifiable) the positive reception of the game.

I’ve just completed the main campaign and have played my share of multiplayer as well and actually think that it is a decent Star Wars game. Yes, there are some definite missteps but overall I think this is a game worth getting, particularly if you are a fan of Star Wars. So what makes it worth a look? 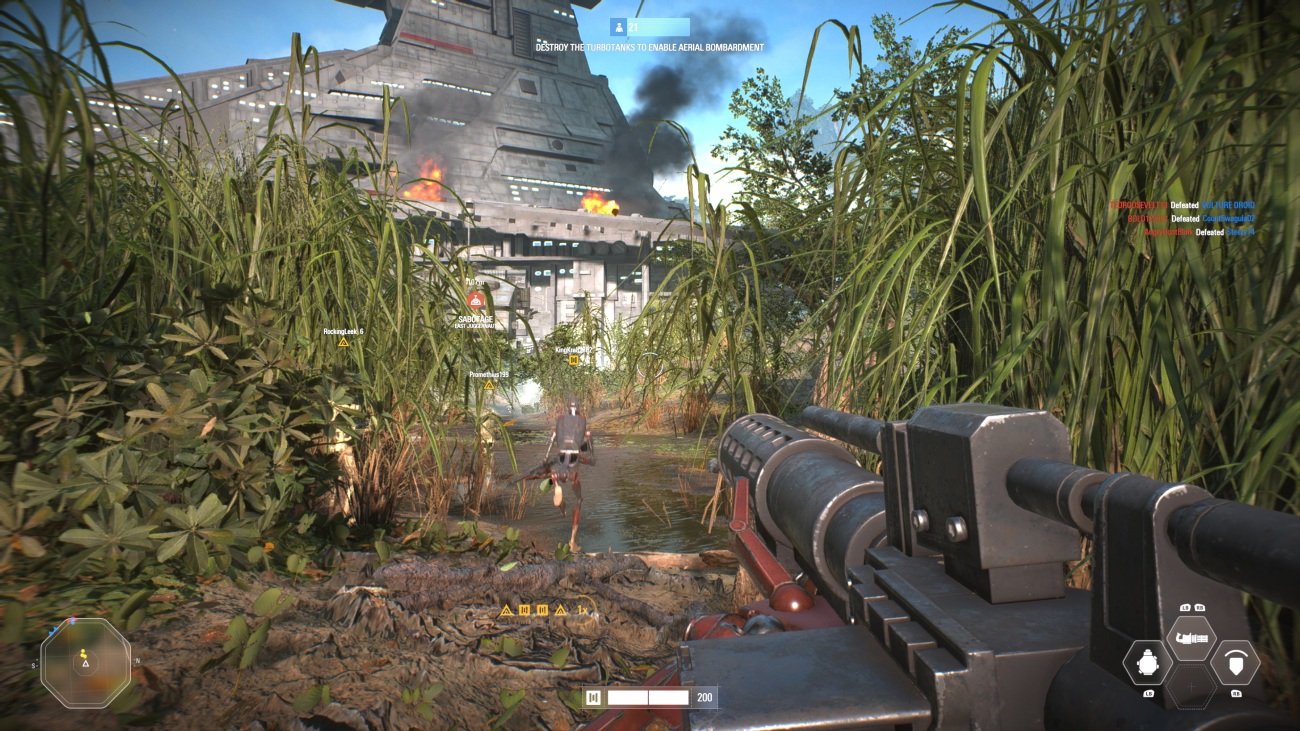 In multiplayer, there is massive variety, across all the different movies.

Firstly, the 10 hour or so campaign is actually pretty good. The storytelling is not going to win giant awards but it does showcase the games strengths in ship and land based combat well. Yes, it does definitely feel like they really tried to provide players with the opportunity to play as many of the canon characters as possible, but this does assist with getting use to the heroes for use in multiplayer.

The main character that hangs this all together, Iden Versio, is actually a pretty good one and I actually much preferred playing as her and following her story than playing Han, Luke, Lando, Leia and others through the campaign. The story does fit in quite well too and is set just after the final events of Return of the Jedi.

Playing this on the Xbox One X, it is hard not to appreciate just how damn good looking this game is. The graphics and latest Frostbite engine are just insanely good, and the level of detail is amazing. I’m sure high end PC users would be able to play this with an even better output, but the consoles do a pretty good job of it all the same. 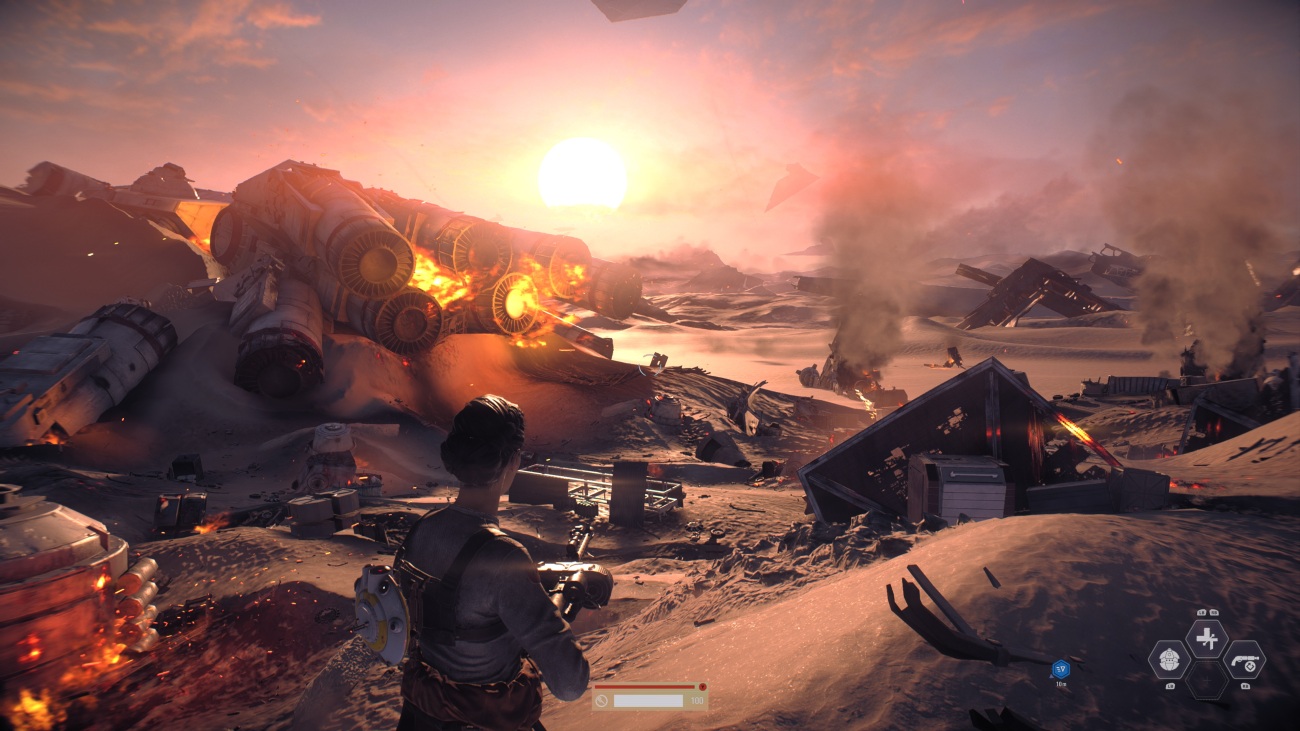 Iden Versio is a really good character, and her story helps fuel your desire to finish the single player campaign.

Then you have Heroes vs Villains, which is a four on four mode with all the hero characters. This feels a bit strange at first, seeing Rey team up with a young Leia or Lando, but the game mode is excellent fun.

Finally they also have an arcade mode, which allows you to play some scenarios (and learn the ropes) in a single player mode predominately (console gamers can split screen co-op). What really surprised me was that this mode has removed the online co-op component where two of you could fight together (or against each other) with bots filling the rest of the rooms. This was available in the first Star Wars so I’m really not sure why they omitted it this time. 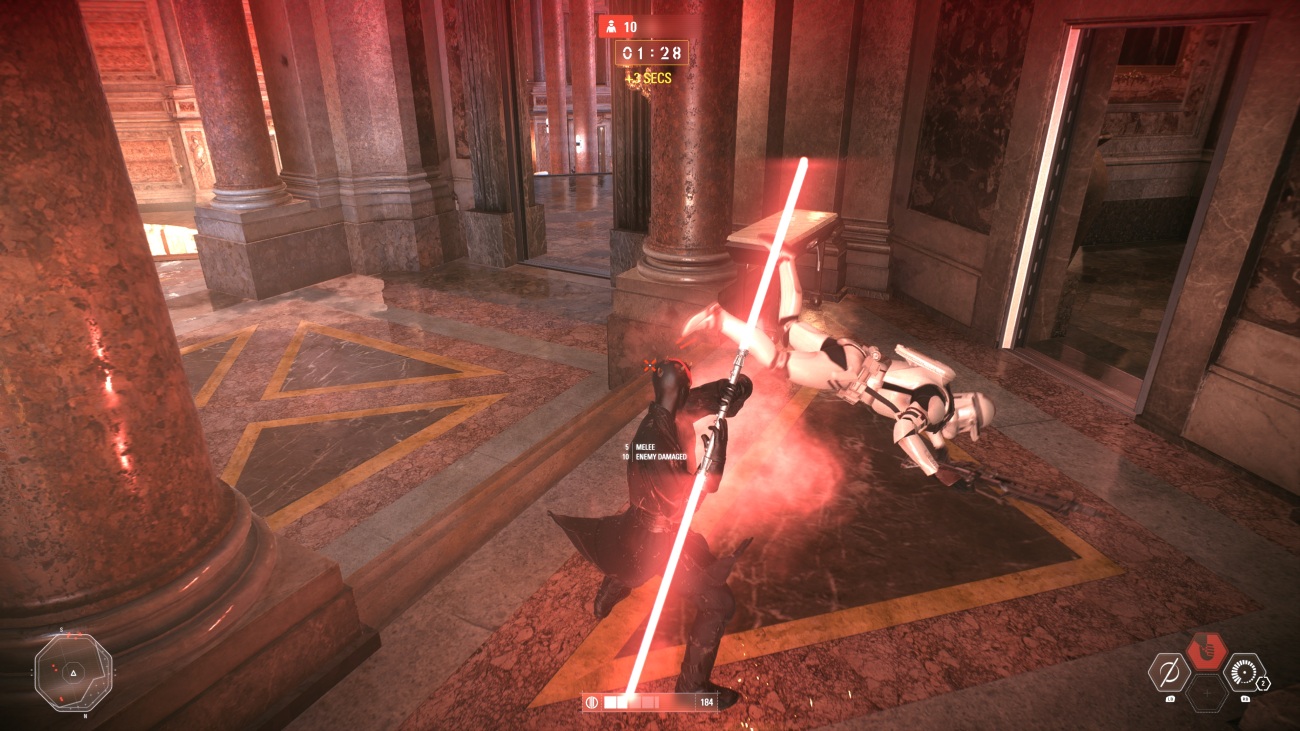 The Arcade Mode scenarios are good fun, and usually involve you wiping out the enemy in some form.

Now that EA and DICE have improved the progression and tweaked the amount of in-game credits required to unlock your favourite hero, it doesn’t seem to be nearly as much of a grind. For example, to unlock Luke originally as a hero you required 60,000 credits. Early in the game’s release you were lucky to make 300 credits for a multiplayer match. EA and DICE obviously copped some fair criticism for this being incredibly unbalanced and a grind to achieve.

All the main characters, like Luke, are now only 15,000 credits. During multiplayer matches you can earn more credits now too. The real life currency, crystals, have been disabled (for now). I am hoping that they never see the light of day again, unless they are to buy cosmetic items in lieu of star cards (cards that increase an ability for your troops, heroes and ships). 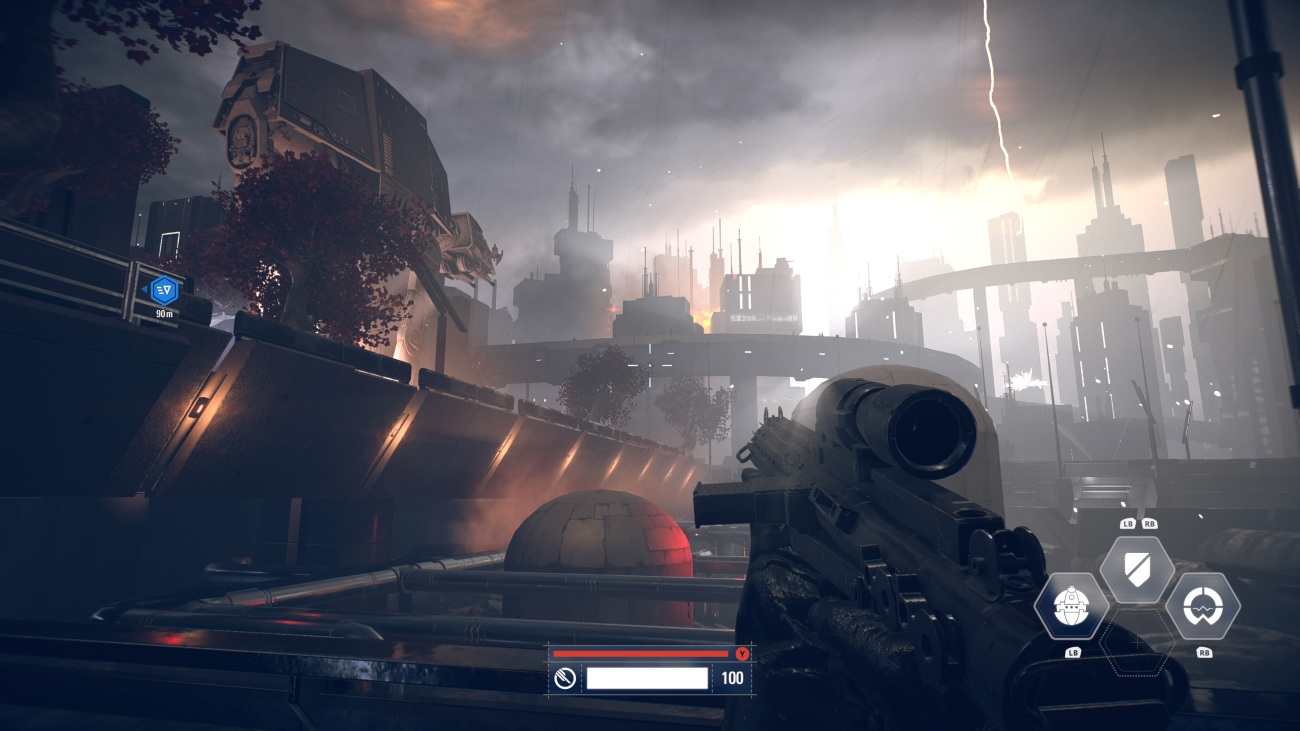 The maps and locations are interesting and varied, and suit the story well.

There is no doubt Star Wars Battlefront II has caused a massive shake up in it’s original approach to handle loot crates. This has caused some pretty huge ripples, and in turn I think it will help gamers because other developers are now looking at their loot crate model carefully. Micro transactions have always been around, but I think they should stay in the cosmetic category and never be pay to win. Now that EA and DICE have settled this aspect down Star Wars Battlefront II is a good game, and worth your attention.