The last two weeks have been great in that it gave me a chance to catch up on my backlog of movies and so I decided to stick to a superhero theme and grab Justice League and Thor: Ragnarok on Blu-ray and then get to the cinemas to see Black Panther.

The gang’s all here… almost.

I had some seriously low expectations with Justice League. After Batman vs Superman had taken two of those characters most famous stories and somehow mashed them together into something lesser than one I wasn’t overly enthusiastic. But it turned out okay – not great but okay. Taking place after Superman’s death in BvS, a new threat is taking shape in the form of Steppenwolf and Batman knows he’s going to need a lot of help to save the planet.

Though there’s not necessarily anything wrong with the film’s basic structure it still unfortunately feels like another mashup of sorts but in this case of directors with Zack Snyder and later Joss Whedon contributing to the task. There’s a few moments of humour and heart that aren’t actually too bad. There’s some promise with the new characters of The Flash and Cyborg but they just seem wasted and out of place in a film that tries too hard to be everything. Superman gets a chance to finally be human though – at least when he’s not hiding behind a CGI upper lip. But poor old Batman gets a rough time of it in this one and it seems the little promise of BvS has been wasted here and that’s a real shame.

I suppose everyone was hoping the DC movies would be on a sharp upward trajectory after Wonder Woman but it looks like it still might be a while before we really see that happen. If they can avoid the whole generic final chapter apocalyptic battle thing it’d be nice. I’m actually concerned that an apocalyptic type battle can be classed as generic but we’ve seen a lot of them over the years. Marvel fall foul of that too admittedly but somehow do a better job of it. 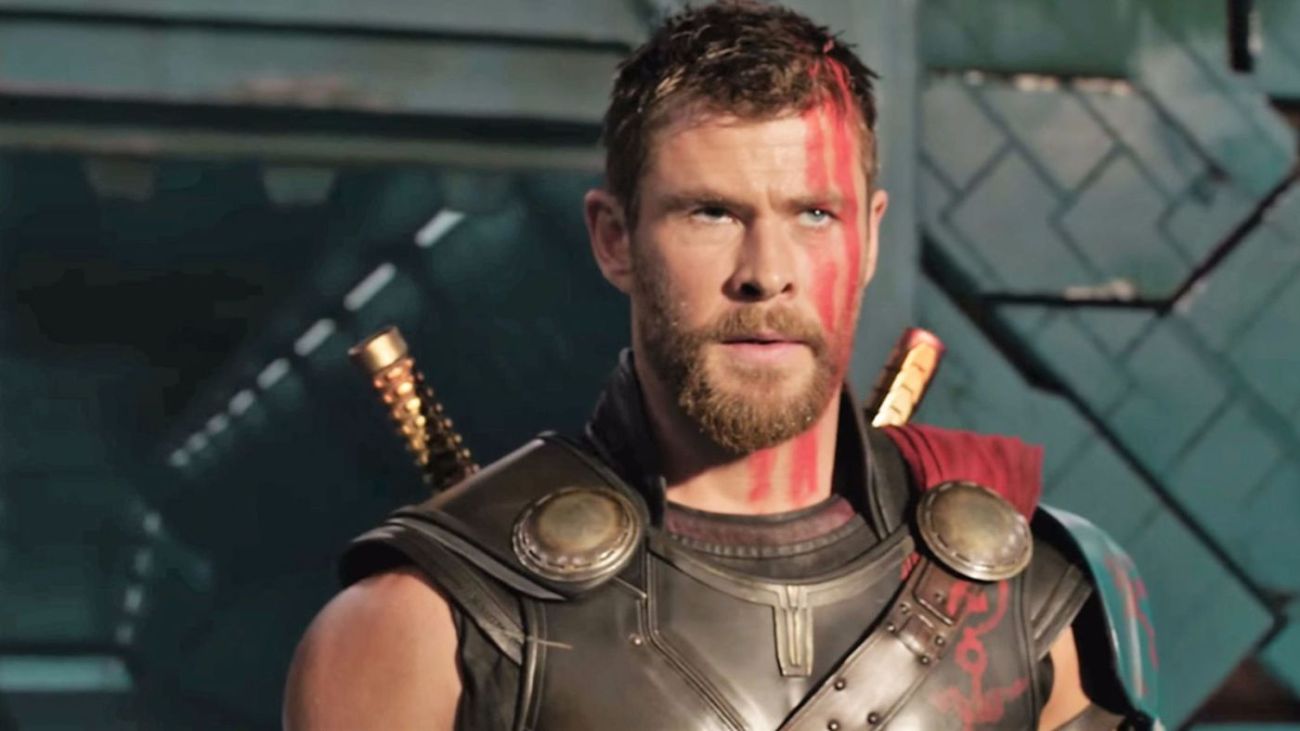 A new look Thor that befits his new adventure.

At first glance it might seem that Thor: Ragnorok is trying to muscle in on Guardians of the Galaxy‘s territory but that is further from the truth as this is quite likely the most unexpectedly bonkers superhero movie that you are going to see and it is all the better for it. With the death of their father Odin, Thor and Loki are forced to deal with a long lost sister Hela who brings with her death and destruction to Asgard. That’s just what happens at the start… To go any further seems like a disservice to the fun and games that follow.

Previously the Thor movies had been saddled with trying to make one of the more outlandish heroes fit into the MCU in a way that makes sense… he is a god after all. After getting into a groove with The Avengers it seems like the Odinson is now allowed to branch out and follow his own path. It had previously been established in an end credits sequence during Thor: The Dark World that Asgardians interacted with many of the same people that the Guardians knew which opened up many more worlds in the Marvel Universe to mine for material.

Mine it they do and with such a successful emphasis on its oddball humour that many are going to stop and think twice about taking things too seriously with future superhero films. And that epic gladiatorial showdown between Thor and The Hulk is exactly what you wanted to see and is not only worth watching but has some of the best lines too. It’s way, way too good to miss.

The king of Wakanda and Marvel blockbusters.

Lastly there’s Black Panther which continues directly from the character’s introduction in Captain America: Civil War and reveals more of the world of T’Challa and the consequences that followed his father’s assassination.

The team behind the movie didn’t pull any punches (lol) as this is one amazing looking movie that does an equally great job of establishing the world and the characters that inhabit it. The people supporting T’Challa are fully realised heroes in their own right here and makes it feel like he has his own “Avengers” who are up to any task. A mid movie fight showcases just how awesome they all are and it’s great knowing we will see more of them in the next Avengers film too.

This is the first time that one of Marvel’s heroes had an introduction prior to their own official movie (like Wonder Woman) and it pays off well here with only brief flashbacks to Civil War needed for filling in any blanks for those watching. It also helps that the characters already feel firmly established in their world which cuts back on the need for lengthy origin stories so we can dive right into the guts of a new adventure.

It could still be accused of following the successful Marvel formula closely but the execution of the whole package is rarely as complete as this. I don’t think anyone could walk away from it without being entertained and excited for what’s to come in the future. And if there is ever a movie this year that’ll be a showcase for your new TV and sound system in a few months time I’d say this might be it too.

If I had to order them I’d say Black Panther to see first with Thor: Ragnarok a VERY close second. Justice League is still worth a look in too but ultimately may not be the Superfriends you were looking for.

Justice League and Thor: Ragnorok are out now on digital, DVD and Blu-ray formats. Black Panther is now showing in cinemas.